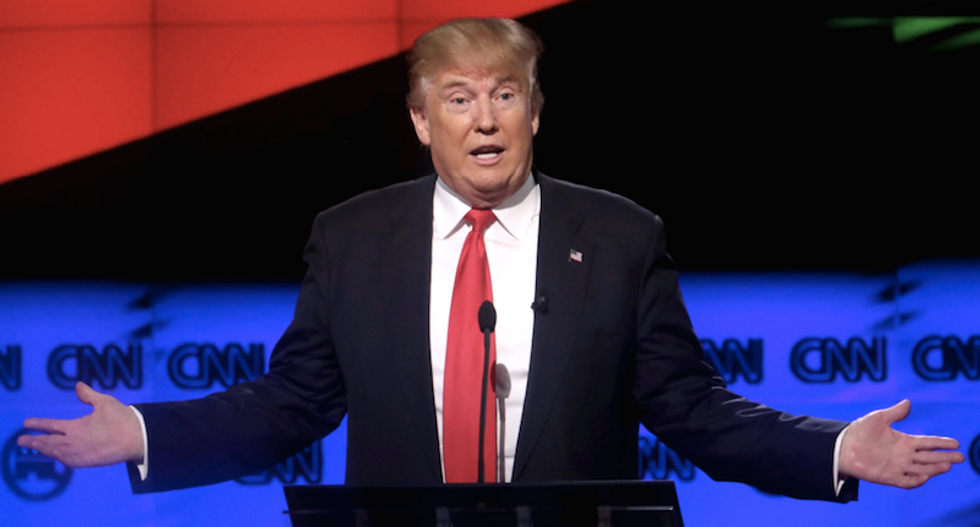 Chinese Finance Minister Lou Jiwei criticized Republican presidential front-runner Donald Trump, calling him "an irrational type" due to the candidate's proposal that tariffs on imported Chinese goods be increased to up to 45 percent.

In an interview with the Wall Street Journal published on Sunday, Lou said, "Trump is an irrational type. If he were to do this, that would be in violation of the rules set by the World Trade Organization."

Lou said that if the United States put Trump's proposal into effect, it "would not be entitled to its position as the world’s major power. The U.S. needs to recognize that the U.S. and China are mutually dependent on each other. Our economic cycles are intertwined."

He acknowledged that rhetoric in a U.S. presidential campaign can become heated.

Trump on Sunday again asserted that China has waged "economic war" against the United States.

"The 45 percent (tariff) is a threat that if they don't behave, if they don't follow the rules and regulations so that we can have it equal on both sides, we will tax you," he said.

Republican rival Ted Cruz criticized the 45 percent tariff proposal, saying during the same debate that it would be passed on to U.S. consumers.

"How does it help you to have a president come and say ... I'm going to put a 45 percent tax on diapers when you buy diapers, on automobiles when you buy automobiles, on clothing when you buy clothing. That hurts you," the U.S. senator from Texas said.

The United States reported a $366 billion trade deficit with China in 2015, up from $343 billion in 2014 - the largest U.S. trade imbalance with any nation. The deficit is up nearly 12 percent in the first two months of 2016 to $57 billion. China is the United State's largest trading partner.