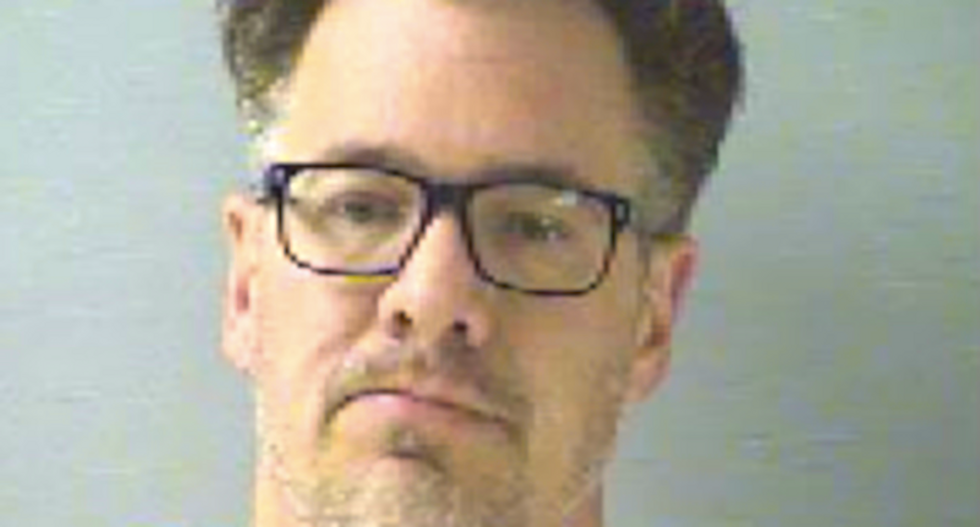 A convicted sex offender is accused of lying about his name to get a job driving a church bus -- which police say he used to gain access to additional victims.

Jory Leedy was convicted of molesting an 11-year-old boy in 2002, and his name is listed on the sex offender registry.

But investigators said the 46-year-old Leedy lied to get a job with Target Ministries of Dayton, which hired him to shuttle needy families in a van, reported WLWT-TV.

Leedy, who lives in Franklin, met his two latest victims through that church job in 2012, when the boys were 7 and 8 years old.

Court records show Leedy began going to the boys' home on a nightly basis, where he introduced himself as "Jordan" and started buying the children clothes and games.

The mother became suspicious and searched Leedy's name online, investigators said, but nothing alarming turned up under his alias.

"Leedy made himself part of their bedtime routine, tucking them in at night," court records show. "A few weeks after meeting the family, Leedy got permission from the mother to start taking the victims to his church.”

Prosecutors said Leedy started taking the boys to the Cincinnati Zoo, Kings Island and other attractions in the Cincinnati area, about an hour away from Dayton.

He gained the mother's permission in summer 2013 to pick the boys up on Saturdays and stay in a hotel with them to be closer to Crossroads, a megachurch with several locations in suburban Cincinnati.

Church officials said their member registry does not list anyone named Jory Leedy.

Those weekend trips continued through last summer, and Leedy also took the brothers to Disneyworld, the New Jersey shore, North Carolina and Georgia.

The boys told investigators that Leedy forced them to engage in sexual activity on those out-of-town trips.

They said Leedy liked to snuggle with them in the nude and insisted that they call him "Papa," and the church bus driver became angry if they did not.

The boys' father confronted Leedy in September after he accused the church employee of overstepping his boundaries with the children.

Leedy called Fairborn police after the argument turned physical, and officers revealed his true identity to the parents and warned them he was a sex offender.

Investigators said he met his previous victim more than a decade ago through a Big Brothers program, although some reports indicate he was a youth hockey coach at the time.

Leedy, who was arraigned Tuesday in federal court, faces a potential life sentence if he's convicted of the latest charges.

Former Trump administration Attorney General William Barr, who later fell out with Trump for disagreeing with his voter fraud conspiracy theories, recently closed a book deal. Justice Amy Coney Barrett, Trump's final pick for the Supreme Court, nailed an "eye-raising" $2 million advance for her book on how judges are supposed to remain unbiased.

According to POLITICO, it's not clear yet what Barr will cover, but his book comes amidst a sea of Democrats disdainful of Trump who seem to be favored by publishers.

George Floyd pleaded for help with his "very last breath" but was not shown any compassion by Derek Chauvin, prosecutor Steve Schleicher said Monday in closing arguments at the murder trial of the former police officer.

"George Floyd begged until he could speak no more," Schleicher told the jury in a Minneapolis courtroom. "All that was required was a little compassion and none was shown on that day."