Clinton aide says Sanders needs to tone down his rancor after New York loss: ‘If not, f*ck him’ 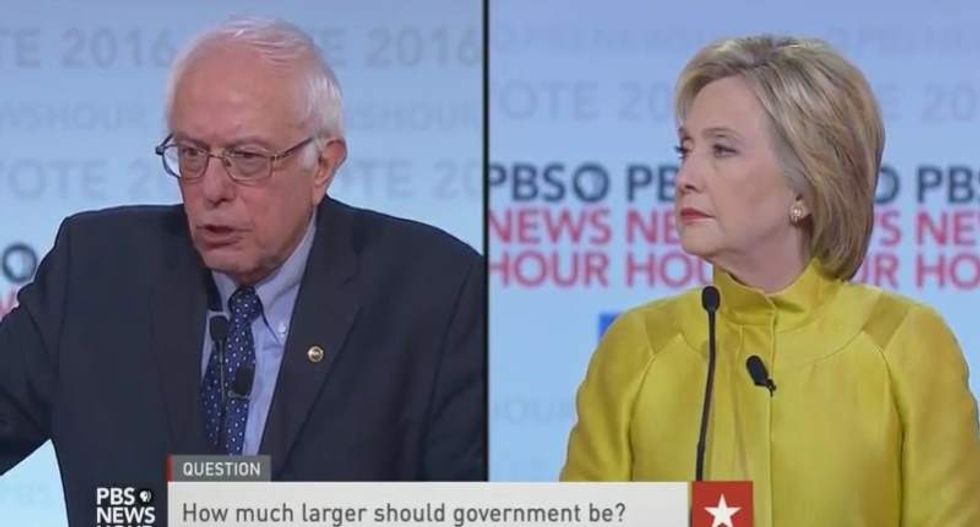 An anonymous aide to Democratic candidate Hillary Clinton told Politico that her rival, Sen. Bernie Sanders (I-VT) got his "ass kicked" in Tuesday's New York primaries and his tone was to blame, according to Politico.

Clinton won the New York state primary, putting an end to a streak of Sanders victories.

“We kicked his ass tonight,” the senior aide told Politico's Glenn Thrush. “I hope this convinces Bernie to tone it down. If not, f--- him.”

Sanders had recently made headlines for a scathing attack on Clinton, in which he accused her of not being qualified to be president.

The quote was included in a section in which Thrush posits that the two candidates, who had started the race out relatively cordial, now thoroughly hate each other, noting that Sanders' campaign manager, Jeff Weaver, vowed to fight Clinton all the way to the convention floor. This vow looks eerily like the more famously fractured Republicans, who have been discussing a brokered convention in July.

The candidates next face off on April 26 in Connecticut primaries.