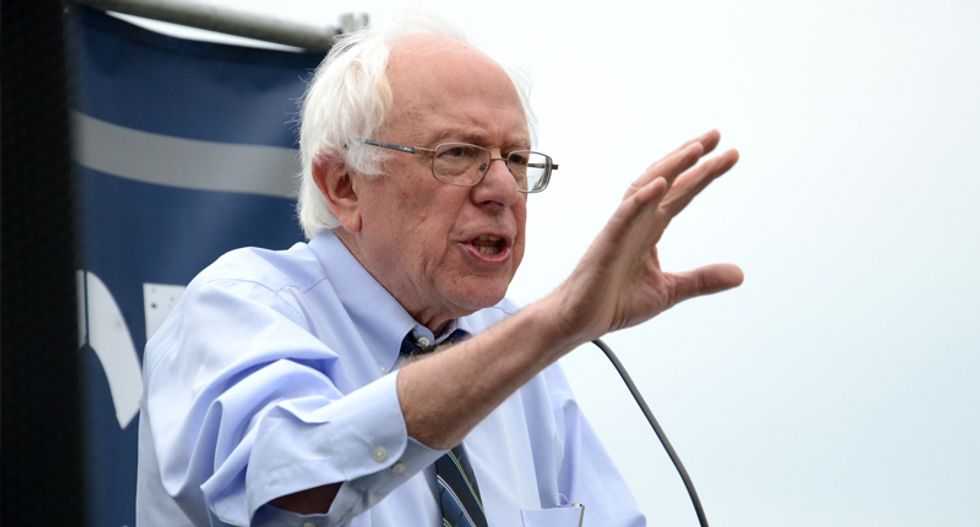 Hillary Clinton's campaign, stung by a string of losses, is testing a new line of attack against rival Bernie Sanders before New York's Democratic primary: sharply question his credentials and ability to implement a campaign pledge to break up big banks.

Amid the new tactics, a Super PAC supporting Clinton's bid for the Democratic nomination in the Nov. 8 presidential election has circulated comparisons between Sanders and Republican front-runner Donald Trump.

The Super PAC, Correct the Record, circulated a mash-up of television pundits criticizing Sanders’ perceived missteps in the interview, quoting one calling it “almost Trumpian.”

In an email to supporters, a senior Clinton campaign aide said “even on his signature issue of breaking up the banks” Sanders had been “unable to answer basic questions." The email included a transcript of the full interview.

“If you are going to be a single-issue candidate, at least know your single issue,” Clinton press secretary Brian Fallon said on Twitter.

"After reading the NYDN interview today, I feel like someone should ask HOW after every one of these declarative sentences in Sanders stump," deputy press secretary Jesse Ferguson posted Tuesday on Twitter.

Sanders, a U.S. Senator from Vermont, has made reducing income inequality and breaking up “too-big-to-fail” banks central to his presidential campaign, blasting Clinton for money she received for speeches to banks and accusing her of being too closely tied to the financial industry.

Sanders hit back immediately. "Secretary Clinton appears to be getting a little nervous,” he said on Wednesday, adding he thought Clinton herself was unqualified because of her support of the Iraq war, as well as trade deals that cost U.S. jobs.

The escalating tension between the two candidates, who for months refrained from criticizing one another, comes after Sanders took Wisconsin on Tuesday to notch six of the last seven contests for the Democratic nomination.

Sanders continues to trail Clinton in pledged delegates needed to win the nomination ahead of the party’s July convention in Philadelphia.

The opinion poll, a telephone survey of more than 2,000 voters was conducted before Sanders' victory in Wisconsin. The poll, by The Atlantic and the non-partisan Public Religion Research Institute, had a margin of error of 2.5 percentage points.

Clinton sees New York, a state that she represented as a U.S. senator for eight years, as home turf.

Sanders, a U.S. senator from Vermont, has reminded voters he was born and raised in Brooklyn, the New York City borough where Clinton's campaign headquarters is located.

Clinton told CNN on Wednesday she was "appalled" by statements Sanders made to the New York Daily News about gun manufacturer liability and said it was “unclear as to whether he understood how Dodd-Frank works,” referring to a Wall Street reform law.