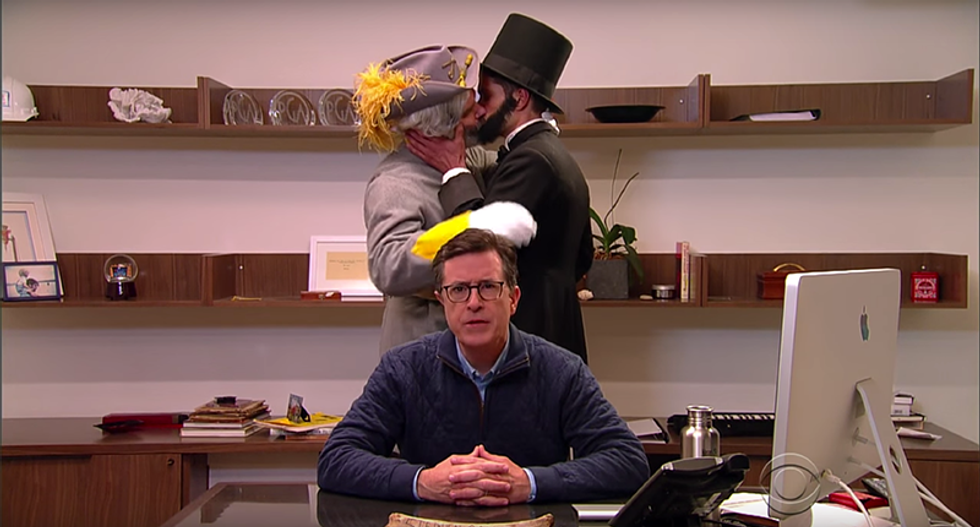 "Late Show" host Stephen Colbert can't stop airing his show in North Carolina but he did deliver a special message to the state on Tuesday night's show.

"While I respect those artists, as an entertainer, I believe that it is not my job to deny you my talents," Colbert said. "I believe it is possible to use the magic of television to bridge our differences. I mean, for Pete's sake, after the Civil War great figures like Abraham Lincoln and Robert E. Lee believed this country could come together. That's why I will never withhold this show from anyone."

Behind Colbert men dressed as Lincoln and Lee shook hands before gazing into each other's eyes and eventually gravitating toward each other to make out.

"I believe we must find common ground," Colbert continued while the makeout session happened behind him. "And hold firm to those things that united us all. We must cling to each other passionately and really, really just go for it."

You've got to see this: