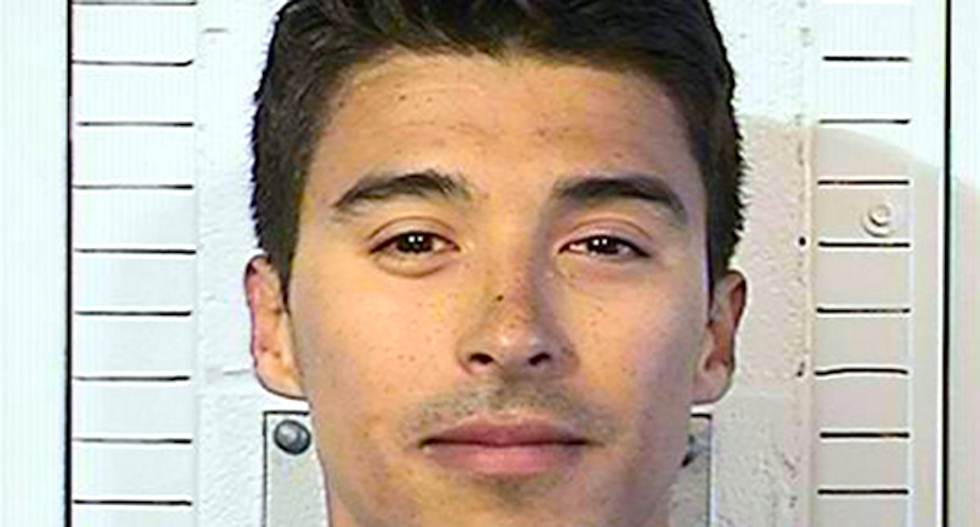 The son of a former California lawmaker and friend of Arnold Schwarzenegger was released Sunday from prison -- less than eight years after he stabbed another college student to death.

Esteban Nuñez pleaded guilty to manslaughter in the October 2008 stabbing death of Luis Santos, who rejected him and a friend from a fraternity party, reported the San Diego Union-Tribune.

Nuñez and his friend, Ryan Jett, attacked the unarmed Santos and one of them stabbed him in the heart at San Diego State University, prosecutors said.

They were charged with murder and faced the possibility of life in prison, but the pair pleaded guilty to lesser charges of voluntary manslaughter and assault.

Nuñez and Jett were each sentenced to 16 years in prison.

However, Nuñez's father, former Assembly Speaker Fabian Nuñez, called in a favor from Schwarzenegger -- who cut his sentence by more than half in 2011 on his last day in office as California governor.

“I used my relationship with the governor to help my own son,” the elder Nuñez admitted. “I’d do it again.”

Schwarzenegger justified the commutation by arguing that Nuñez had no prior record, unlike Jett, whose original sentence remained in place -- but he admitted his action was motivated by his personal relationship to Nuñez's father, a Democrat who left office in 2008.

“Of course, you help a friend,” Schwarzenegger said, sparking widespread outrage at the time.

The Santos family challenged the commutation but lost after a Sacramento judge ruled Schwarzenegger's actions were "repugnant" but legal, and an appeals court ruled last year that the former governor's act was lawful.

The California Department of Corrections and Rehabilitation said Nuñez, now 27, will live in Sacramento County on parole supervision for three years.

His family said Nuñez had paid his debt to society -- but Santos' mother said she does not believe her son's killer is reformed.

“I take pleasure from the thought that he will screw up his life again," said Kathy Santos. "I don’t think there will be a way out if he messes up again.”