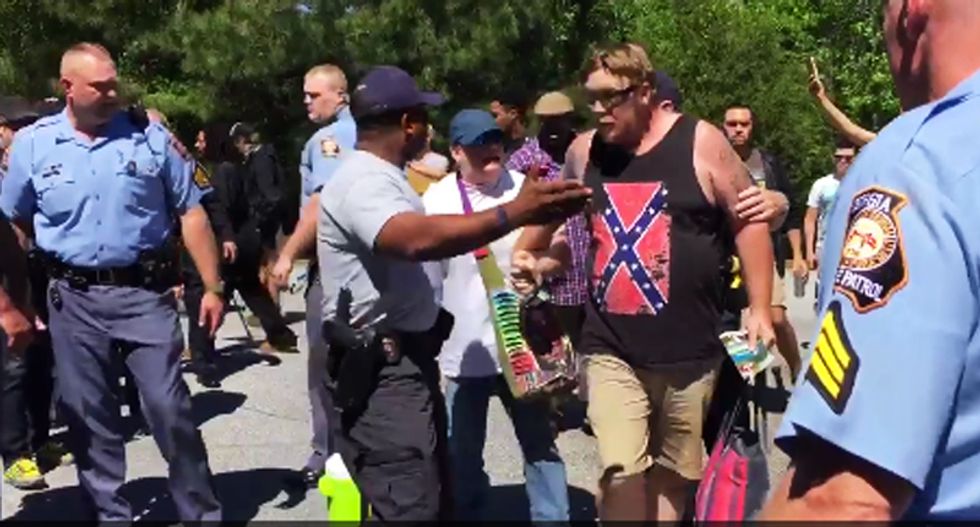 According to the Atlanta Journal-Constitution, nine counter-protesters were taken into custody as they attempted to confront the two dozen Confederacy supporters during their white power get-together.

One protester was seen spraying a Georgia state trooper with pepper-spray as he attempted to break through the riot gear-clad police line holding the crowd at bay from the Confederate flag waving group.

Police state they were pelted with rocks and fireworks as the protesters attempted to break through the barricades.

According to one woman who came to protest with her church group, she was dismayed when a minority of protest attendees turned violent.

“Ninety-nine percent of the protesters are peaceful, but this is what they gonna show on the news,” Katherine Thilo.

“I came here for a peaceful rally. When you start throwing rocks… that is not what this is about,” Maddox said. “We are not gonna be a part of that.”

I was @ #stonemountain to protest KKK today. Police made it impossible to protest, and they were arresting. pic.twitter.com/VIzEKvz4ZZ