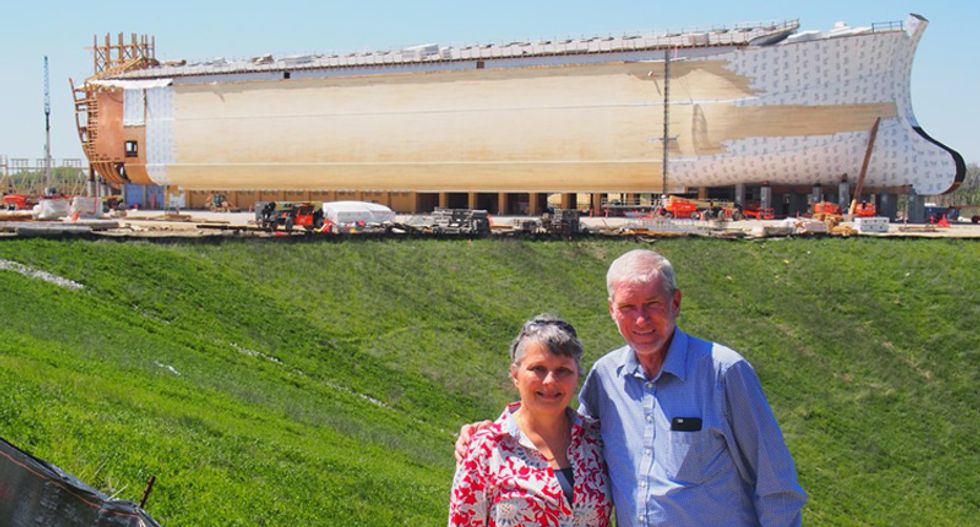 After premiering one of  the first commercials promoting his Ark Encounter theme park, creationist Ken Ham took to Twitter to rage at the secularists whom he thinks "want to suppress the wickedness of man" by making fun of his tax-funded religious entertainment center.

Ham,  who heads up Answers in Genesis -- a Christian ministry dedicated to disproving evolution by using the Bible to explain that Earth is only 6,000 years old -- went off in a Twitter rant Monday morning  complaining about non-believers making "moral judgments" that he believes mocks God's words.

On Twitter, Ham wrote: "Secularists accuse God of being immoral as He judged at the Flood but ignore the fact they've no absolute basis to make any moral judgment," before later tweeting, "Secularists mock at @ArkEncounter because they want to suppress the wickedness of man and that we're all under judgment by a Holy God."

He continued, "Secularists mock @ArkEncounter as they don't want to acknowledge they are in need of the Ark of salvation--Noah's Ark is a picture of Jesus."

Never ones to be shy about sharing their opinions about the rural multi-million dollar Kentucky entertainment complex featuring a full-sized ark that will also showcase dinosaurs that Noah saved,  Twitter users responded in kind.

@aigkenham If someone kills 99 people but lets one go because he decided they weren't so bad he's not a saviour, he's a serial killer
— Scott Johnson (@Scott Johnson)1461581659.0

@aigkenham @ArkEncounter does wickedness include wasting money on a stupid boat rather than feeding the poor?
— greeniemax (@greeniemax)1461581843.0