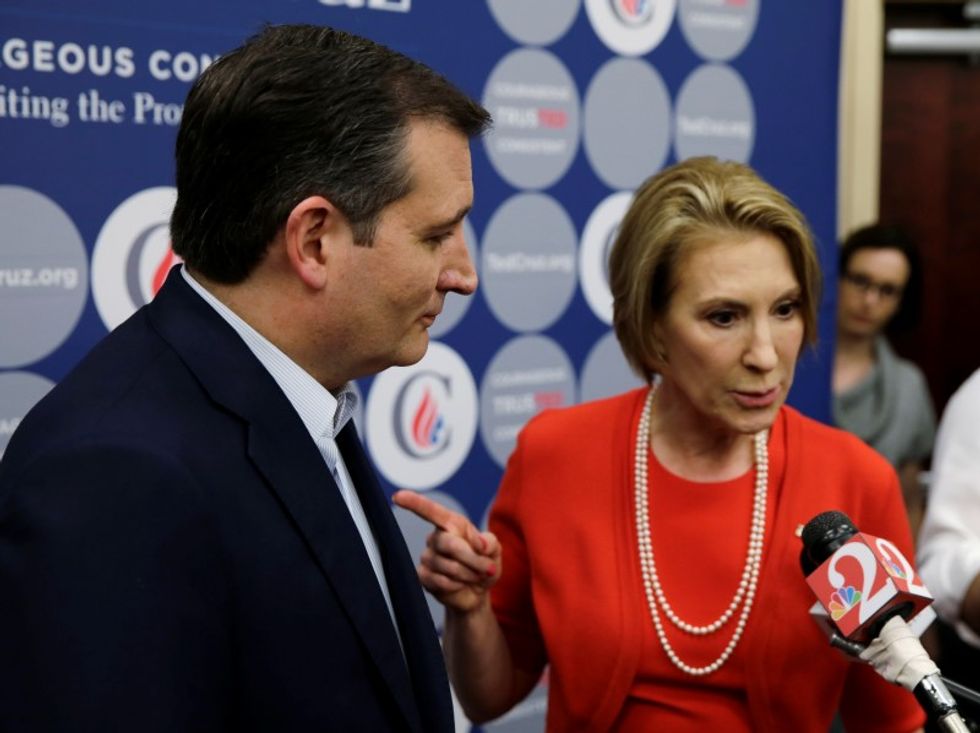 Earlier, Cruz's campaign said it had narrowed its running mate options to a short list. Fiorina, a former CEO of Hewlett Packard, dropped out of the presidential race in February.