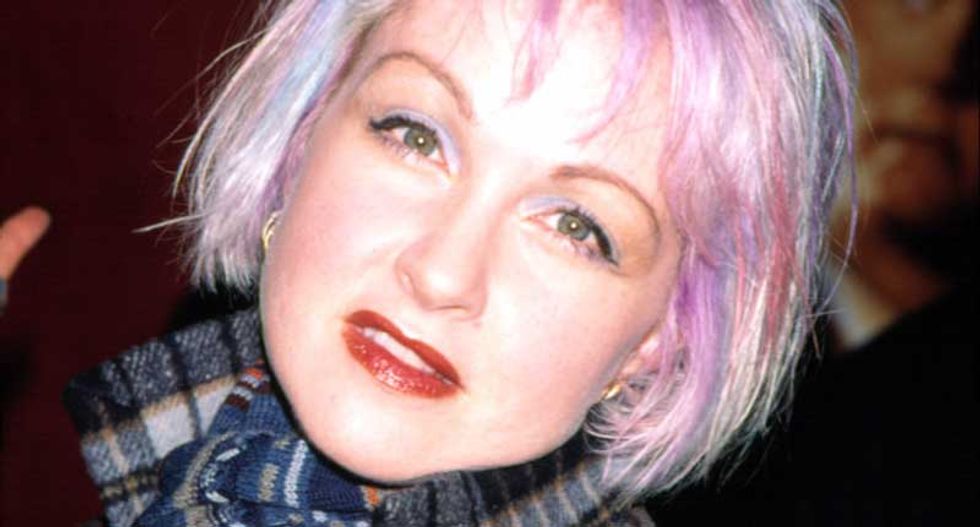 Prince was known for his highly sexual lyrics -- but Cyndi Lauper recalled a time when he thought she'd crossed a line with one of her songs.

Lauper had known Prince for more than 30 years, and she said his sudden death left her feeling "pretty crappy," reported the Nashville Scene.

"I know he was quirky and he had his ways and he was eccentric about certain things, but he was such a great performer and a great writer -- really visionary," Lauper said.

Lauper recorded one of Prince's songs, "When U Were Mine," on her 1983 debut -- but she didn't change the original gender pronouns in the original song about a cheating lover, which suggested sexual fluidity.

The song failed to reach the U.S. pop charts and peaked at No. 62 in Canada, but the two struck up a friendship and performed with Prince in 2010 after fans pushed her onstage at Madison Square Garden.

"I had never sung with him before, never — we were in the pit and everybody kept going on stage, and they would come up to me and be, like, 'Oh, why don’t you go on stage?' And I was, like, 'Really? Okay!' I don’t know what the hell I was thinking," Lauper said. "I was listening to what he was singing and I answered him back, and all of a sudden he opened up his eyes and says, 'Cyndi?' And I said, 'Yeah, well they just said to come up and sing, I’m sorry!' It was kinda great. It was really one of those magical moments."

She said his legendary performance at Super Bowl XLI in 2007 inspired her to write a song, which Prince later told her might have been too provocative -- a surprising statement from the writer of three songs singled out in the top five of the Parents Music Resource Center's "Filthy Fifteen."

"When I saw Prince do the Super Bowl, and how he conducted not just the people but the rain, I thought to myself, 'That’s God’s child,' and it made me write this song," Lauper said. "'People slippin in the rain, I watch them get up again,' and it was all about watching him. 'Same ol’ f*cking story, with your same ol’ f*cking rules.'

"When I told him, and sang 'Same ol' f*cking story,' he said 'Oh my God, you used God’s name and a curse word all in one sentence,'" she said. "And I thought to myself, I’m sorry, I just am that way, maybe I’m a demon. But he was always nice to me, he was always sweet — I listened to everything he did. I always thought he was a great artist. As I talk about him, I don’t feel like it really happened. I feel like he’s still here."