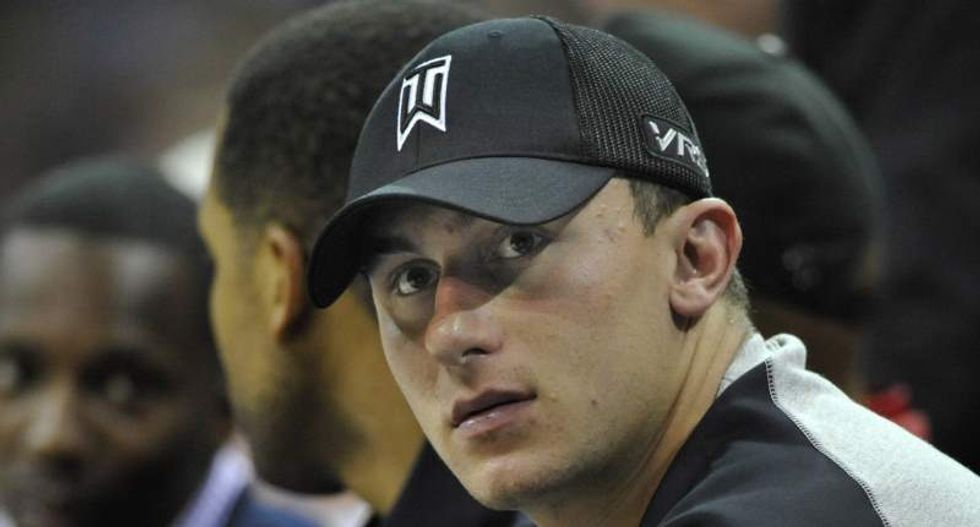 A Dallas County grand jury is expected to indict former NFL quarterback Johnny Manziel on Tuesday on a charge of misdemeanor assault with bodily injury after he allegedly struck his ex-girlfriend, Manziel's lawyer said.

Manziel, 23, is to be indicted on a Class A misdemeanor domestic violence assault charge, a lawyer for Manziel, Robert Hinton, said.

"He will plead not guilty," Hinton said.

The charge against the former Heisman Trophy winner stems from a January incident in which Manziel is accused of hitting, kidnapping and threatening to kill Colleen Crowley, 23. Crowley accused Manziel of hitting her so hard that she temporarily lost her hearing, court papers show.

Crowley told police she was assaulted at a Dallas hotel and then again while driving to her home in Fort Worth, according to a police report.

The case was referred to the grand jury, which hears evidence behind closed doors.

Manziel, known as "Johnny Football," was a standout at Texas A&M University and played two seasons with the Cleveland Browns before he was dropped in March.

Known for his partying lifestyle, Manziel has been dropped by two agents this year, and media reported he was accused of causing more than $30,000 worth of damage at a Los Angeles home during a party.

KRLD radio, a CBS affiliate, and other media reported that Manziel had been indicted on the charge. The Dallas County district attorney's office said that the grand jury would meet again on Tuesday.

An NFL spokesman, Brian McCarthy, said that if Manziel were to sign with a team he would be "subject to all aspects of the NFL's personal conduct policy."