David Brooks: Trump 'will be known a hundred years from now as the biggest loser in American politics' 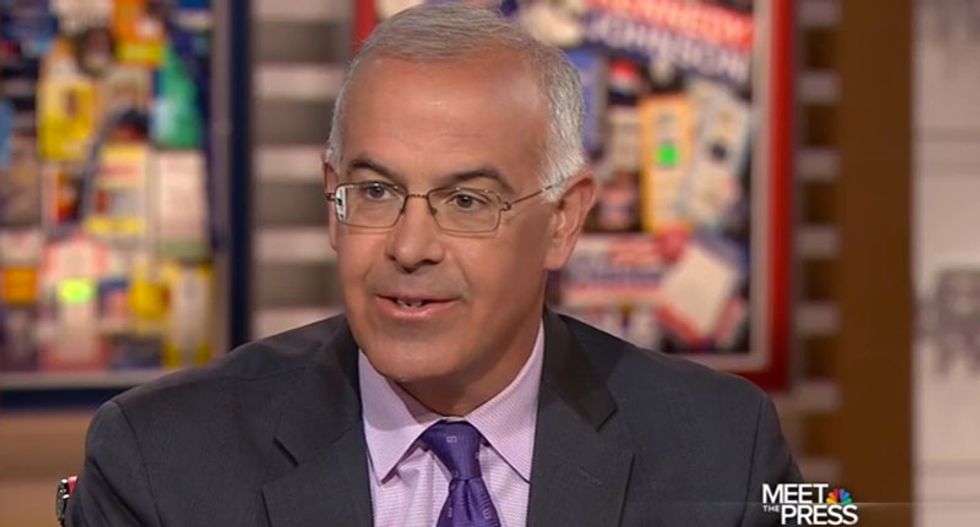 During a Meet The Press panel discussion on the havoc GOP front-runner Donald Trump is wreaking on the Republican Party, conservative New York Times columnist David Brooks unloaded on the blustery businessman, saying he'll go down as "the biggest loser in American politics."

In his columns for the Times, Brooks has been unsparing in his criticism of Trump, and recently called him a "perpetual destabilizer" who can't behave with "a modicum of "presidentiality."

On Sunday, Brooks was asked how he felt about Trump possibly being the nominee and replied, "Morally defeated," before laughing ruefully.

Then he unloaded on Trump and his boosters.

"All these people keep waiting for him, 'When is he going to turn into a philosopher king? It's time he should become Abraham Lincoln,'" Brooks asserted. "He's Donald Trump. You know, he's - you know, it's all aggression, it's all ignorance, it's all the time."

Brooks took time out to blast Republican National Committee head Reince Priebus for being asleep at the wheel.

"The people in the Republican Party are not going to stop him. Look at that Reince Priebus' interview today," Brooks said excitedly. "Like, the week that we had with Donald Trump, -- he's a catastrophe of the party. Priebus is off in la-la land, talking about technical stuff, and not really seizing the mantle."

Turning back to Trump, Brooks said he'll be the eventual nominee and predicted he will become infamous for a crushing defeat in the November general election.

"I think it's likely to be Trump. I think he's the walking dead," he explained before adding the final insult. "I think he'll get the nomination and he will just go down to a crushing defeat. And will be known for a hundred years from now, people will say, 'Who's the biggest loser in American politics?' And it won't be McGovern, it won't be Dukakis, the word 'Trump.' And I hope when he's down there in Hades he's aware of all that."