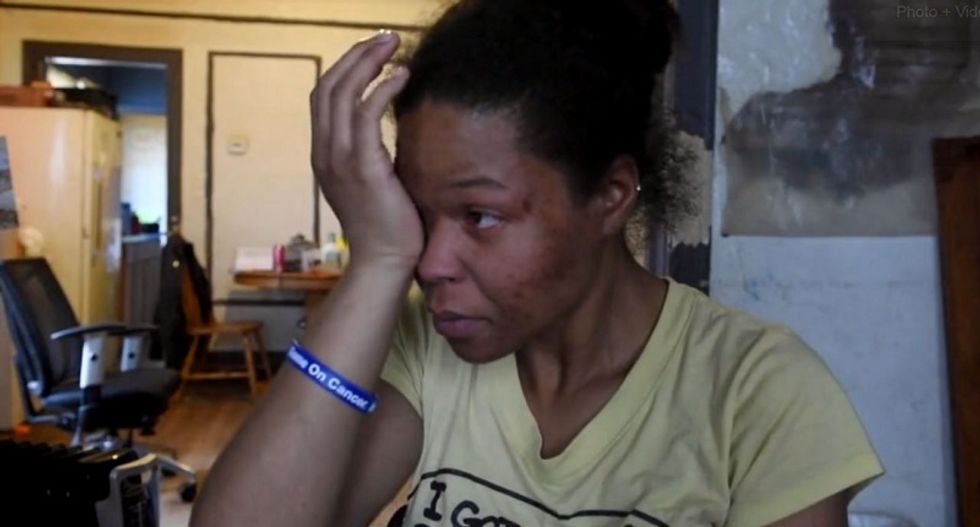 Water problems in the state of Michigan are not limited to the contaminated supply in Flint.

Hundreds of residents lined up outside the Detroit Water and Sewerage Department’s East Side Customer Service Center on Saturday hoping to avoid having their water shut off on Sunday, the Detroit News reports.

The department is set to start turning off water for passed-due customers on Sunday. The News reports as many as 23,000 people are behind on their bills -- by an average amount of $663.

“For all the people you see here today, there are just as many who didn’t come,” utility spokeswoman Linda Clark told the News. “But we’re doing what we can to help people. The last thing we want to do is cut off people’s service.”

Citing public records, the News reports that businesses and government-owned properties owe almost twice as much as residential customers -- $41 million versus $26 million for homes  -- but by comparison, only 680 had their water shut off.

The residents came out Saturday for the water department's "Stay Connected to DWSD Water Fair.”

“At one time, we had 44,000 people on payment plans, but some broke the plan and didn’t keep up with their payments,” Clark told the News. “We are trying everything to [help] people avoid getting their service disconnected.”

Earlier this month, the city was criticized for shutting off the taps of 23,300 households but allowing businesses that owe millions on their bills to keep their water running, the News reported.

“They don’t get threats. They don’t get shut-off notices. They get to dispute their bills,” Maureen Taylor, state chairwoman of Michigan Welfare Rights Organization, told the News. “When we try to dispute a bill, we still get shut off.”

Last year, one of the customers who had her water shut off was Renea Robinson, who has four small children, her parents and an aunt who she cares for. Robinson works two janitorial jobs to keep the family afloat. Her water has been shut off for six months because the landlord of the house she rents hasn't paid taxes on a $5,000 water bill.

She told the News she pays $100 on bottled water, and has written the names of her children on her door, along with the phrase "Push harder. Four people depend on you!! They didn’t ask to be here. Stand up and step up.”

Not even a mile from her home, at least five businesses owe thousands of dollars on their water bills, the News reports, citing public records. None have had their water shut off.

Watch an interview with Robinson, as posted by the News, here: