'Do not exploit my town for retweets': Penn. woman rips Trump for misleading picture of closed mill 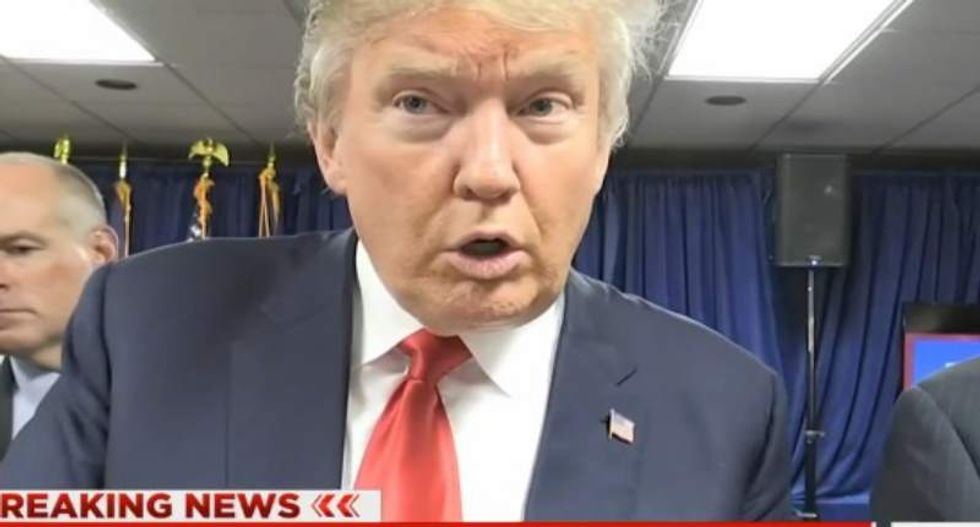 A Pennsylvania woman is attracting attention online after accusing GOP presidential candidate Donald Trump of misrepresenting a former paper mill in her area.

"It's the words that really make me want to rip your stupid hair out," Shannon Connors wrote earlier this week. "I know you didn't directly say it, but I think it's pretty obvious that you were trying to use this picture to make some sort of statement about the state of our nation’s economy and maybe how America has lost all these jobs and blah blah blah."

On Sunday, Trump posted a picture of the mill, which is now abandoned, on Twitter, writing, "Passing what was once a vibrant manufacturing area in Pennsylvania. So sad!"

The image can be seen below: 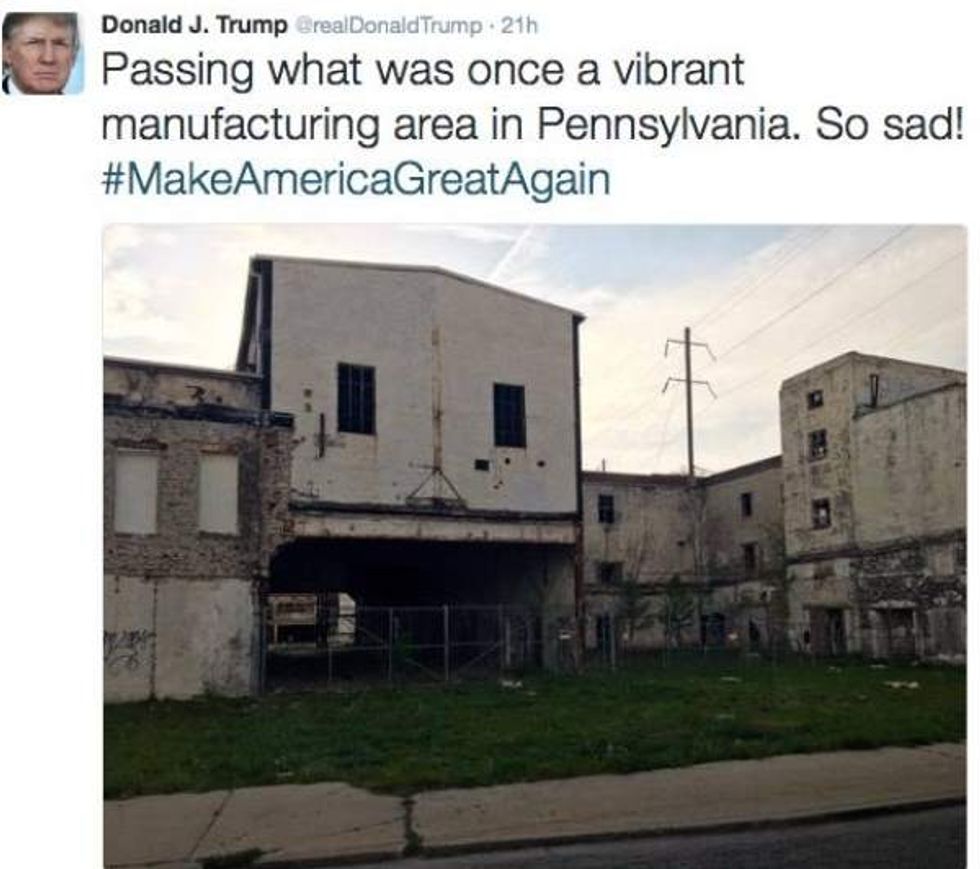 "I know you didn't directly say it, but I think it's pretty obvious that you were trying to use this picture to make some sort of statement about the state of our nation's economy and maybe how America has lost all these jobs and blah blah blah," Connors wrote. "Without any real description the picture was left open to interpretation, but it's clear that you wanted it to make people feel a certain way."

But the reason the mill is no longer operating, she revealed, is because of a 2005 fire that caused around $500,000 in damages to the facility. Connors' Facebook post, which she said has been shared more than 6,000 times, closed with a flourish:

I just wanted you to know that we haven't been a serious paper mill town since the mid 20th century, we are not in decline, and the town itself certainly does not need you to make it great again. We do not need you to make America great again; in fact, we will be much better of without you. Do not exploit my town for retweets. Do not use a picture of my town as propaganda. Do not ever come back to Downingtown. Do not ever come back to Pennsylvania. We do not want your bad vibes or your racist/fascist/sexist/anti-LGBTQA/all around hateful ideals anywhere near us. Bye! Have a sh*tty day, I hope you lose!

The Chester County Local Daily reported that Mayor Josh Maxwell responded to Trump's tweet by calling him a "jerk" and further chided him by saying, "To be honest, that abandoned paper mill and future train station looks better than Trump Taj Mahal."

Since then, Maxwell said, he has received "hundreds of nasty emails and tweets from Trump supporters around the country." He has also had to reportedly block more than 100 accounts on Twitter since engaging with the candidate.

According to Maxwell, state transportation officials had been discussing turning the site into a train station prior to Trump's appearance in the area, with plans slated to be finalized by the end of the year.