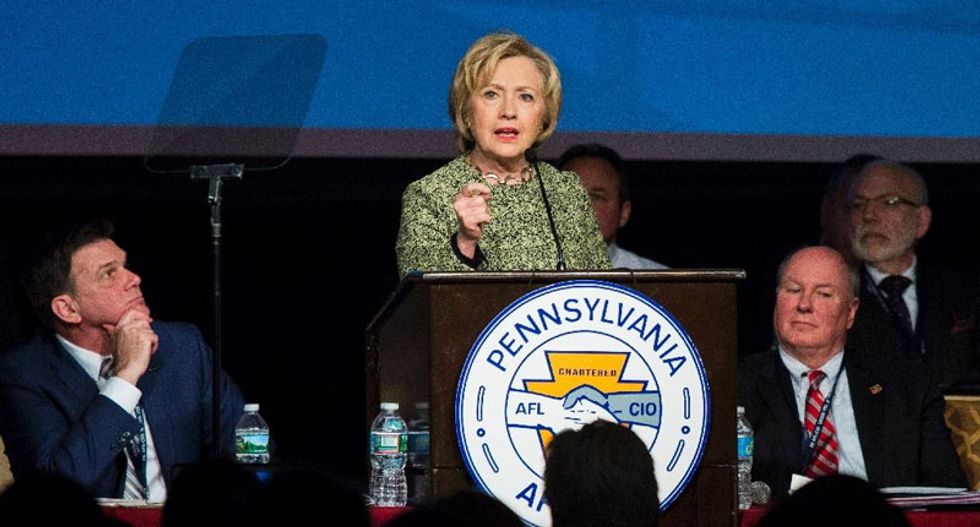 Two weeks ago Bernie Sanders and Ted Cruz seemed to have all the momentum in the presidential race. In Wisconsin, Sanders won the Democratic primary by 13 percentage points and Cruz won the GOP primary by the same margin.

So what do the New York results mean for the 2016 election? Here are five key takeaways:

He entered the Empire State on a roll after winning seven out of eight nominating contests. He also enjoyed a large fund-raising advantage over Clinton, outspending her two-to-one in television advertisements in New York. Moreover, as a native of Brooklyn, Sanders had just as much of a claim to the state as Clinton did.

But Sanders almost immediately blew his chances. First he gave what was widely seen as a disastrous interview to the New York Daily News editorial board. For a candidate who has made breaking up the big banks a central theme of his campaign, he displayed a remarkably poor grasp of basic financial and economic issues.

Then he compounded his error by challenging Clinton’s qualifications to serve as president. Whatever one might think of Hillary Clinton, her service as Secretary of State and as a two-term U.S. Senator makes her as well qualified for the presidency as anyone in the race. Belatedly Sanders backtracked, declaring that “of course” Clinton was qualified for the Oval Office. But the damage had been done to his squeaky-clean image.

Finally, on April 15 Sanders flew to the Vatican to attend an international meeting on social justice. While there he met privately with Pope Francis, a meeting Sanders described as “extraordinary.”

But the trip made no sense politically. In the closing days of the New York primary election, his time would have been far better spent holding more of the massive rallies his campaign specializes in. Instead he spent 48 hours traveling outside the country at the worst possible time.

Thus, through a series of unforced errors in New York, Sanders threw away the best opportunity he will ever have to slow down Clinton’s march to the nomination.

2. Cruz never had a chance in New York

Like Sanders, Ted Cruz entered New York with tremendous momentum after his decisive victory in Wisconsin. But Cruz fumbled away whatever chance he had to win New York three months ago.

During a January 14 GOP presidential debate in South Carolina, Cruz pandered to his audience by mocking Donald Trump’s “New York values.” With a look of scorn on his face, Cruz declared that “everyone understands that the values in New York City are socially liberal.” Cruz thus tried to make the point that socially conservative voters could not trust a New Yorker like Trump.

Brown was right. On a cold January night in South Carolina, Ted Cruz lost the New York GOP primary. And on election day it wasn’t even close, as he finished a distant third place.

3. Large population states like New York are tailor-made for Clinton and Trump

The New York results underscored a recurring theme of the 2016 presidential race: Clinton and Trump have thrived in big states with large media markets.

The same is true of Trump, who so far in the GOP race has won Florida, Illinois, Georgia, Massachusetts, Michigan, Arizona, Missouri, Virginia, North Carolina, and, most recently, New York. The only two noteworthy exceptions – Texas and Ohio – are the home states of Trump’s rivals, Cruz and John Kasich.

Not coincidentally, Clinton and Trump also run well in states with large media markets. Thus far, Clinton has won every primary or caucus held in a state with one of the 10 biggest media markets, including New York, Chicago, Dallas, Boston, Atlanta, and Houston.

Trump has also thrived in the biggest media markets, with the sole exception of Cruz’s home state of Texas.

In short, as the nation’s fourth largest state and the one with the biggest media market in the country, New York was exactly the kind of state that Clinton and Trump usually win.

Tuesday’s results were consistent with another significant trend in the 2016 election: Clinton and Trump have run strongest in states like New York with large minority populations.

Since the race began, Clinton has won the support of minority voters by huge margins. Indeed, as the statistician Nate Silver recently observed, Clinton does best in diverse states with racial demographics that reflect the Democratic Party as a whole, such as New York. Although Sanders has broad appeal among white liberals, the fatal weakness of his campaign is his inability to make inroads with minorities. As a result, Clinton’s enormous strength among minority voters is carrying her to the nomination.

Diverse states also benefit Trump, but for a far different reason. In states with large minority populations, Trump is winning white voters by huge margins. The circumstantial evidence strongly suggests that Trump’s racially divisive campaign has resonated with white voters who feel threatened by the growing diversity of the country. Those voters tend to be concentrated in states with large minority populations, which is why Trump has run so well in those states.

Consequently, when you combine New York’s size with its diversity, the state was a perfect match for Clinton and Trump. And the fact that they both call it home didn’t hurt either.

After her crushing victory in New York, Clinton is rapidly closing on the 2,383 delegates she needs to clinch the Democratic nomination. She now has about 1,900 delegates and leads Sanders by more than 600 delegates overall. Any way you look at it, New York was probably Sanders' last chance to block Clinton’s path to the nomination.

The Republican race is far more complicated. Trump leads his GOP rivals by more than 200 delegates and he is the only candidate who has a realistic chance of winning the 1,237 delegates necessary to clinch the nomination.

But it won’t be easy. Trump needs to win more than 55 percent of the remaining delegates to capture the nomination, which is a difficult task in a three-way GOP race.

Accordingly, the focus of the 2016 election has now turned to two crucial dates: April 26 and June 7.

The April 26 and June 7 primaries include three delegate-rich, large population states: California with 39 million people, Pennsylvania with 13 million, and New Jersey with 9 million. As large and diverse states, California, Pennsylvania, and New Jersey provide highly favorable ground for Clinton and Trump. Moreover, western Connecticut is in the New York television market and much of Maryland is in the Washington D.C. television market, two media meccas well-suited for the media-savvy Clinton and Trump campaigns.

Thus, although the GOP campaign in particular remains up in the air, the final contours of the 2016 primary election are taking shape. After New York, a Clinton-versus-Trump general election is growing more likely by the day.