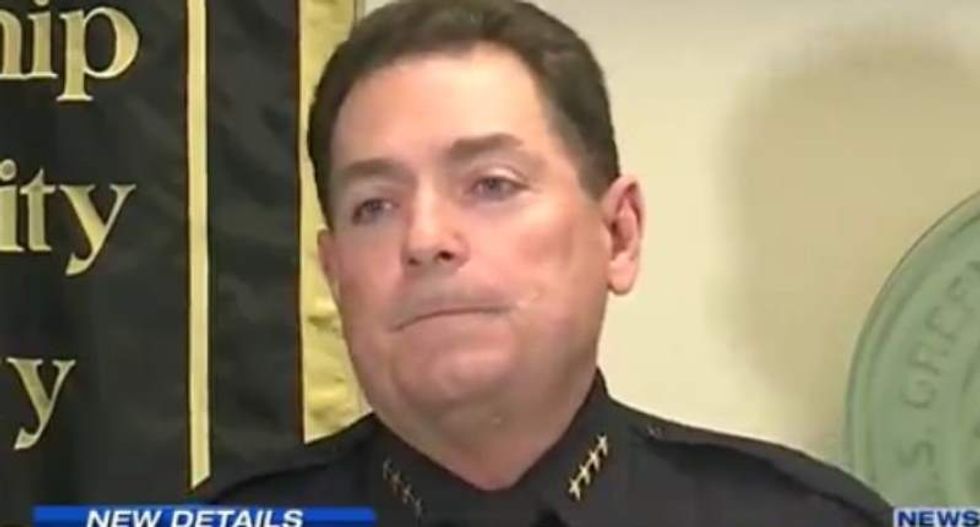 Police at the University of Central Florida were on the defensive on Wednesday amid questions over a gun scare prompted by a student's account of a "panicky and shaky" woman she described as wearing a Muslim hijab, WKMG-TV reported.

"I thought it was problematic that they were able to detect ethnicity but not necessarily the gender," said Rasha Mubarak, a member of the Florida chapter of the Council of American-Islamic Relations (CAIR). "I think there needs to be a thorough investigation before sending out an alert to 60,000 members of the UCF community."

The campus library was evacuated on Tuesday after officials sent an alert warning students about a "possible Middle Eastern gun man/woman" in the area. A SWAT team was also called in to respond to the reputed threat.

UCF Police Chief Richard Beary released the online post that triggered the alert, as well as a 911 phone call in which a woman told the dispatcher that she and a friend were "sitting in the stairwell and this girl came in she's like wearing full like, Muslim, like a hijab, like everything. She looked really panicky and shaky. I'm assuming she is praying, which is normal, which we didn't think much of it. My friend, like, saw a silver and black handheld object. It was some sort of weapon. She was like really freaked out to see us."

The president of the school's Muslim Student Association, Mohamed Mohamed, also expressed concern over the alert that followed.

"It was surprising, because they didn't even know the supposed gender of the gunman or woman but they knew they were Middle Eastern," he told the Orlando Sentinel. "It could have been me, it could have been anyone I know. It's really scary that people can be so discriminatory and prejudiced."

While Beary was positive about his department's response time, he said the incident will be reviewed.

"We are trying to deal with the lives of young people and get information out," he said. "If we make a mistake along that way because we are acting quickly to save lives then I'm sorry."

Listen to the recording of the 911 call, as posted online, below.