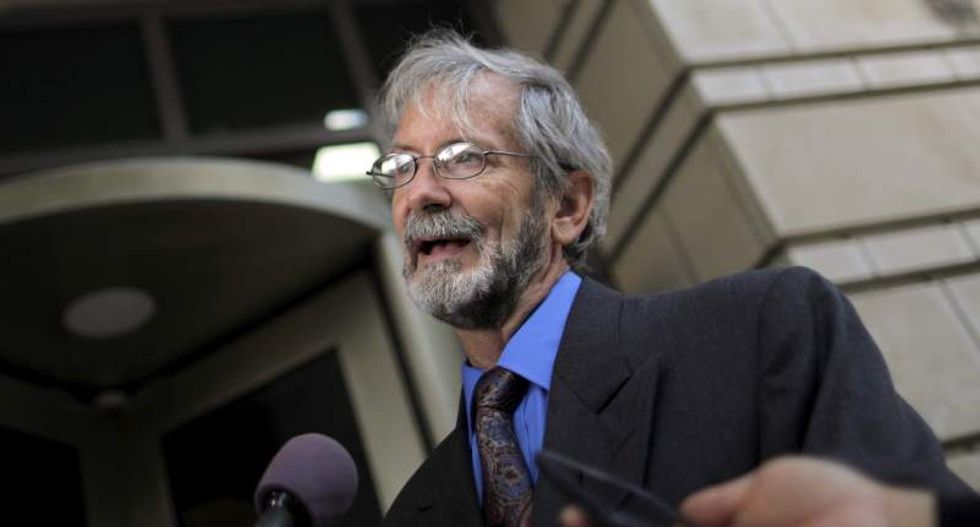 Douglas Hughes, a Florida man who flew a gyrocopter onto the U.S. Capitol grounds, talks to reporters outside of a courthouse in Washington on June 22, 2015. (Reuters/Carlos Barria/Files)

A former Florida mail carrier who flew a gyrocopter onto the U.S. Capitol grounds to publicize the need for campaign finance reform was sentenced to 120 days in jail on Thursday, a spokesman for prosecutors said.

Douglas Hughes, 62, of Ruskin, Florida, also was sentenced by U.S. District Judge Colleen Kollar-Kotelly to a year of supervised release after he gets out of prison, the spokesman for the U.S. Attorney's Office said.

Hughes pleaded guilty in November to a felony charge of flying an aircraft without a license in the April 2015 stunt.

Hughes had called his flight an act of civil disobedience to publicized the need for campaign finance reform. He was arrested after piloting the gyrocopter from Gettysburg, Pennsylvania, and landing it on the west lawn of the Capitol.

He was carrying a letter for each of the 535 members of Congress. Hughes was fired from the U.S. Postal Service after the flight, which had been among the most high-profile in a series of security lapses in the U.S. capital.

Hughes also forfeited his gyrocopter, which resembles a stripped-down helicopter with an unpowered rotor and separate propeller.

Hughes has said he started his campaign against money in politics as he was seeking a purpose in life following the suicide of his 24-year-old son.