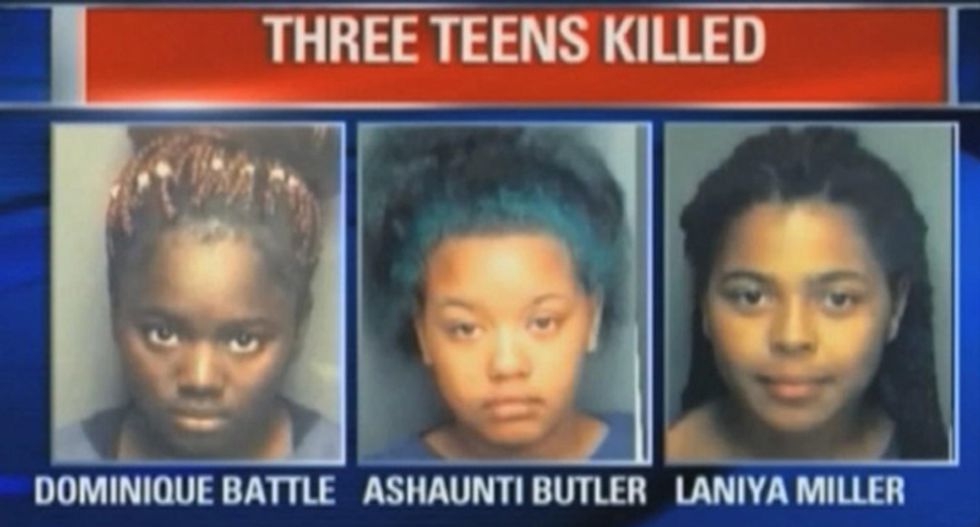 Stung by criticism of his deputies after a dash cam video appeared to show them standing around as three teens drowned while trapped in a car that ran into a cemetery pond, a Florida sheriff blamed the girls for their own deaths.

Earlier in the week, the video was released where deputies could be heard describing screaming coming from the car containing 16-year-old Dominique Battle, 15-year-old Ashaunti Butler, and 15-year-old Laniya Miller following a car chase.  After one deputy is heard saying, “I hear them yelling, I think!” another replies “They’re done. They are 6-7, dude.”

According to Bay News 9, Pinellas County Sheriff Bob Gualtieri lashed back on Friday at the reports, insisting his officers did drop their gun belts and tried to save the teens.

“In reports that were written by the deputies who took their gun belts off, took their clothes off and went in the water - those deputies aren’t lying," Gualtieri said.

Gualtieri then noted that the teens were running from the police in a stolen car at 4 in the morning, before he pointed the finger back at the victims.

Pinellas County has released multiple videos from the scene, with none showing the car going in the pond or officers attempting to free the girls.