Former Sen. Harris Wofford pens moving essay on marrying a man after his wife of 48 years passed away 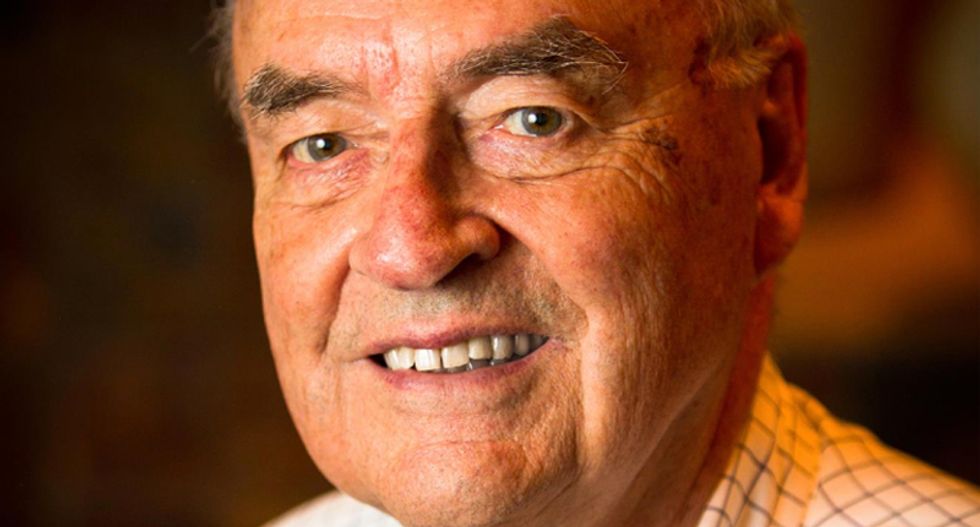 In a beautiful essay in the New York Times written by former Pennsylvania Senator Harris Wofford, the 90-year-old ex-lawmaker explains how he fell in love with a man whom he will marry at the end of the month, twenty years after his wife passed away.

The ex-senator, whose seat was taken by virulently anti-gay Rick Santorum, explained that his wife of 48 years passed away in 1996 after losing her battle with leukemia at the age of 70.

"In the cold spring that followed, I felt grateful to be alive, lucky to have many friends and family members, and glad for a challenging assignment from President Clinton involving national service," he wrote. "But I also wondered what it would be like living by myself for the rest of my life. I was sure I would never again feel the kind of love Clare and I shared."

According to 90-year-old Wofford, he met his new love, 40-year-old Matthew Charlton, five years later and that they are going to be married after 15 years as companions.

"To some, our bond is entirely natural, to others it comes as a strange surprise, but most soon see the strength of our feelings and our devotion to each other. We have now been together for 15 years," he confessed. "Too often, our society seeks to label people by pinning them on the wall — straight, gay or in between. I don’t categorize myself based on the gender of those I love. I had a half-century of marriage with a wonderful woman, and now am lucky for a second time to have found happiness."

And yet for all this help of head and brain

How happily instinctive we remain

Our best guide upward further to the light,

Passionate preference such as love at sight.

"Twice in my life, I’ve felt the pull of such passionate preference. At age 90, I am lucky to be in an era where the Supreme Court has strengthened what President Obama calls 'the dignity of marriage' by recognizing that matrimony is not based on anyone’s sexual nature, choices or dreams. It is based on love," he wrote. "All this is on my mind as Matthew and I prepare for our marriage ceremony. On April 30, at ages 90 and 40, we will join hands, vowing to be bound together: to have and to hold, for better for worse, for richer for poorer, in sickness and in health, to love and to cherish, until death do us part."