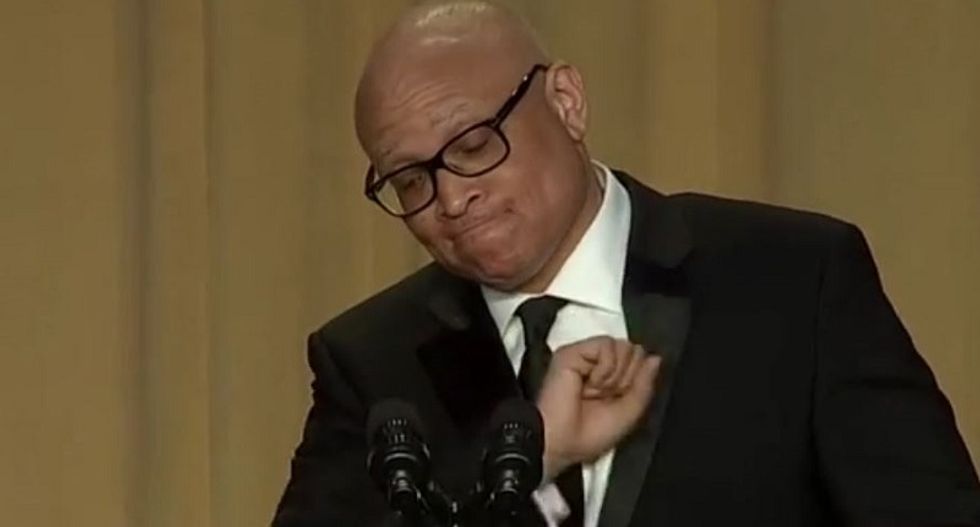 Fox host Todd Starnes had a problem with comedian Larry Wilmore telling President Barack Obama, on his time as the nation's first African-American president, "Yo Barry, you did it, my n***a."

The president responded by smiling and embracing Wilmore. While the term is used as one of endearment among members of the black community, it didn't stop Starnes, who is white, from posting wrathful tweets about it.

What @larrywilmore called the President at the end of that disgusting speech was despicable -- incredibly shameful.
— toddstarnes (@toddstarnes) 1462071761.0

Other Twitter users were quick to condemn the hypocrisy of Starnes and other conservatives outrage.

White conservatives are complaining that Larry Wilmore uttered "nigga"? And Republicans are about to nominate a dude endorsed by the Klan.
— Jamil Smith (@Jamil Smith) 1462073356.0

Watch Wilmore's full set, as posted to YouTube, here. The comment in question is at the very end.