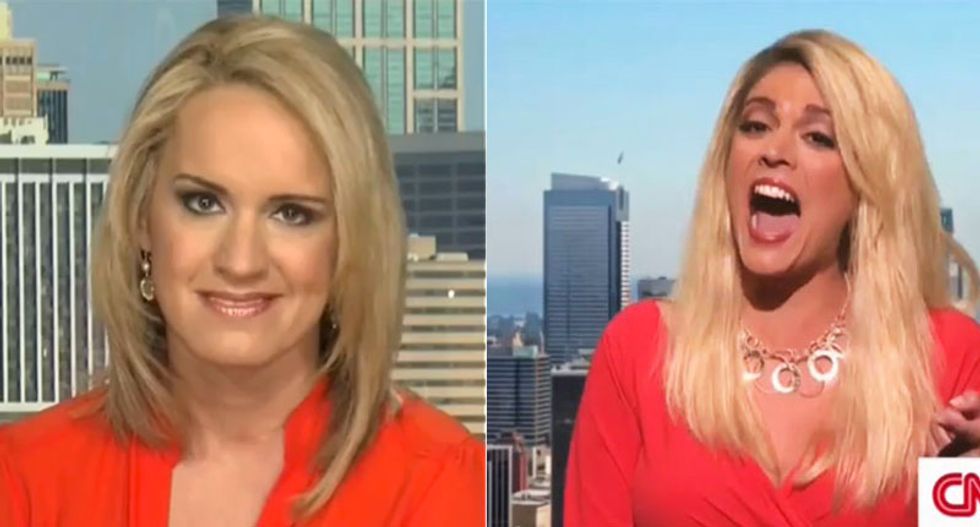 The Tea Party supporter of Donald Trump who was portrayed as a "full-blown nutjob" on Saturday Night Live has hit back at the comedy show, calling it "the ultimate shaming" and saying they never portray conservatives in a positive light.

Appearing on CNN Sunday morning, Scottie Nell Hughes said she was okay with the parody of herself -- if not the hairstyle -- but was unhappy with the premise of the skit.

“You know, I have a great sense of humor. My mother loved it — she thought it was the funniest thing; she’s gonna watch it every morning,” Hughes said.

In the skit, Hughes is portrayed by cast member Cecily Strong, who explains, “As a woman I like Donald Trump, but as a full-blown nutjob, I friggin’ love him!”

Stating, "you’ve gotta have a sense of humor and laugh about yourself,” Hughes said -- after reading headlines about her portrayal Sunday morning -- she was not pleased.

“Talk about the ultimate shaming, the ultimate sexism,” she said. “What does ‘SNL’ want me to do? Be barefoot and pregnant or maybe just talk about parenting issues?”

In an interview with The Blaze, Hughes went further saying she was "shaken" by how she was portrayed and that "tears were shed."

“You’ve never known SNL to parody any conservative in a positive way — either male or female,” she said, “I don’t get paid to be positive about Mr. Trump. I’ve never been paid by him.”

According to Hughes, she was watching the episode and her daughter who asked her, “Why do they think you’re crazy?”

“So that was hard,” she said. “I had to explain that mean people and bullying doesn’t stop in elementary school. It continues throughout your life.”