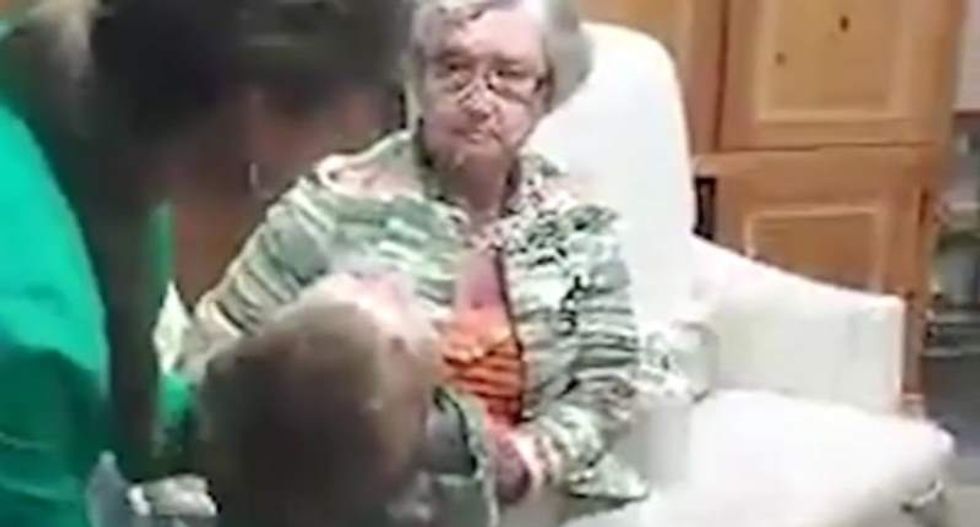 A Georgia woman posted footage online of her son being paddled by a school official, saying that she allowed it to happen under threat of jail time, WAGA-TV reported.

"They told me if he could not get a paddling he would have to be suspended and if he got suspended for even one day I WILL go to jail for truancy," Shana Perez said in a Facebook post accompanying the video. "Jasper county made me do this... I could not go to jail or my kids would have nothing."

The video, which has been shared more than 21,000 times since being posted on Wednesday, shows her 5-year-old son Thomas Perez being paddled by Jasper County Primary School Principal Pam Edge while being restrained by Assistant Principal Lynn McElheney for trying to hit a classmate and then spitting at someone.

The boy can be heard crying in the video, with Edge responding by saying, "We're gonna do it."

Shana Perez said she agreed to the punishment after Edge told her, "There's nothing else, no other way possible that they could do or could be done for him, but to be paddled."

The Atlanta Journal-Constitution reported that Perez had already been arrested for truancy after her son missed 18 days of school for a series of medical appointments.

Sheriff Donnie Pope said Perez's allegation could not be corroborated. However, school superintendent Mike Newton reportedly allowed the boy to stay at home on Thursday with an excused absence. Perez is scheduled to meet with school officials on Friday.

Watch WAGA's report, as posted online on Thursday, below.