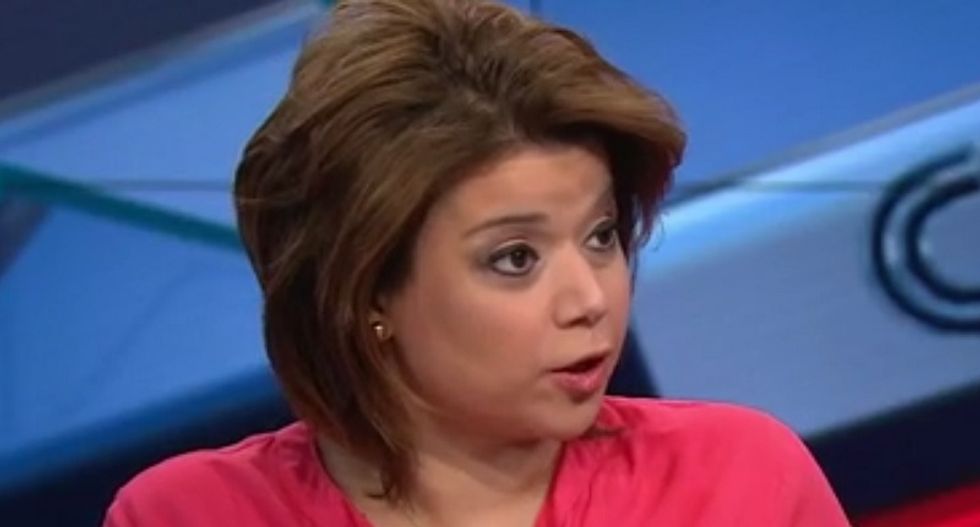 Navarro accused Trump of whining about losing Colorado, saying the candidate seems to think the rules work fine when he wins, but accuses the party of wrong-doing when he doesn't.

"It is a complicated process, it is a legalistic process, but it is our process. It is called democracy,” she said. “Live with it. Stop being an infantile 5-year-old saying every time that you don’t win, the rules don’t work, when you do win, lo and behold, the rules really work.”

Before that, Navarro had pointed out she fled a communist revolution in Nicaragua before settling in the United States.

Navarro later tweeted that she was being harassed and called obscene, racist names as a result of her comments.

@NewDay @ananavarro stop whining Anna your acting like your 5 and going after trumps daughter like all she is is shoes your a hippocrat
— ellen marie (@ellen marie)1460461264.0