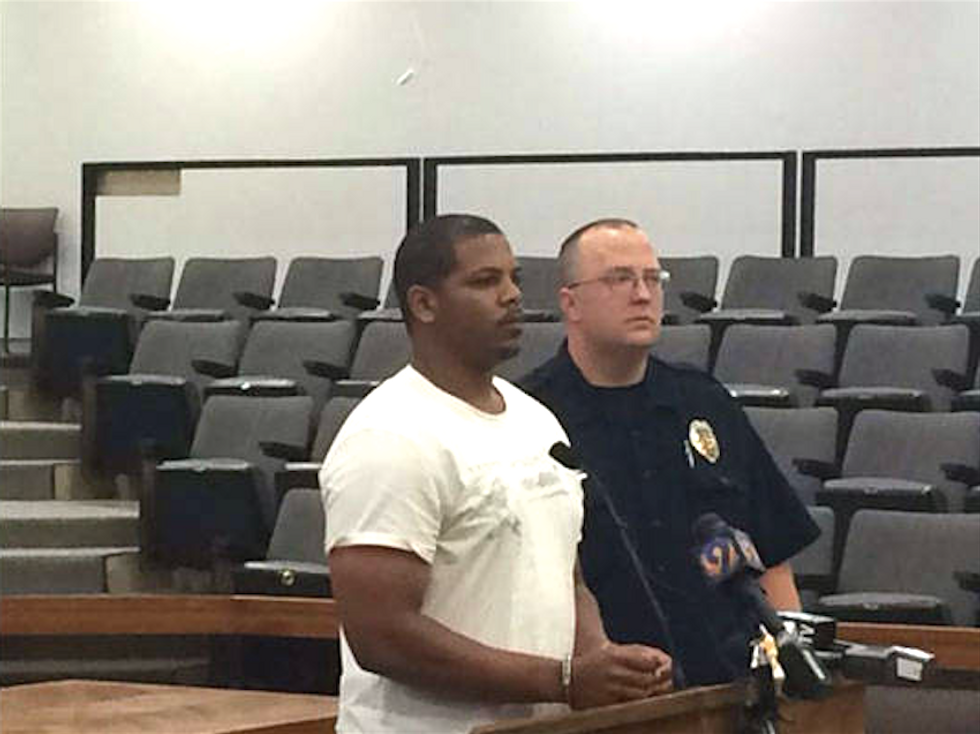 An assistant principal at a South Carolina high school is accused of forcing a sexual relationship on a 16-year-old girl when she sought his protection against a group of bullies.

A warrant for Williams' arrest says that he coerced the girl into performing sex acts by threatening to alter her school records and damage her academic standing. He also said that he would protect her from bullying if she complied with his demands.

The investigation reportedly came about after a separate incident in which the girl texted Williams saying she was going to be attacked by other students at noon on a certain day. Williams took no action and the girl was injured in an altercation with other students.

At the end of the fight, Williams reportedly grabbed the girl and said he would handle the situation. Before teachers and other students, the girl said she did not want to be alone with Williams. This prompted a police investigation of Williams' relationship to the student.

Police detectives told the court that the girl has been frightened for her safety since coming forward.

"She’s hardly slept at night, stating that she sits up and stares out the window each night watching for Mr. Williams to show up at her residence and harm her or her family," the detective said. "[She said] Williams threatened to take her and her younger sibling away from her mother, to the extent that they would never see them again."

The investigation has revealed that Williams has a longstanding reputation for having sex with female students.

In court, a letter from the victim's mother said, "For months, my daughter has been experiencing nightmares and coming to me terrified in the middle of the night, not knowing that her nightmares were actually her reality. [Williams] left her with a feeling of fear, shame, guilt, hopelessness. I pray that she will one day find herself loving herself just as she should."

Williams has been placed on administrative leave. His bond was set at $100,000 and a judge ordered him to have no contact with the victim or her family.