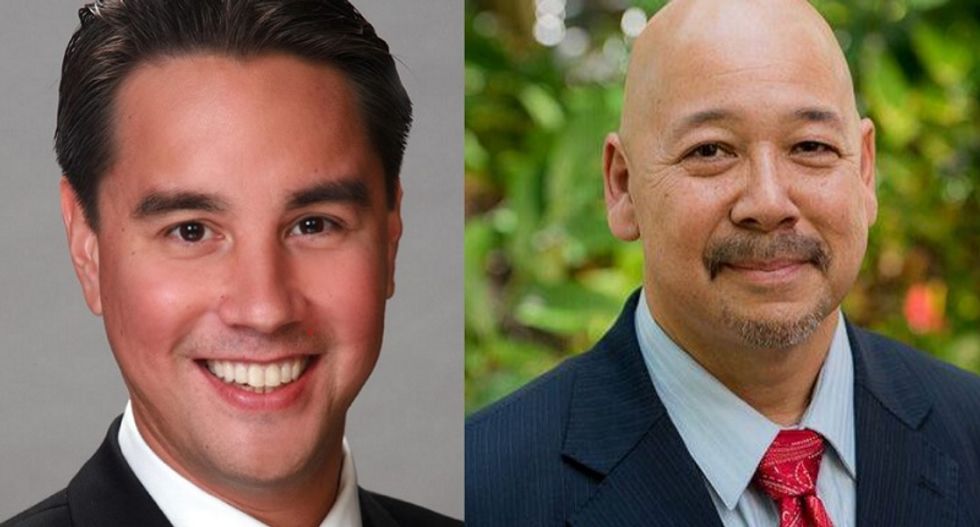 Two members of the Honolulu City Council want to give a quarter of a million dollars of taxpayer money to a Christian megachurch, Civil Beat reports.

City councilmen Ernie Martin and Joey Manahan have added the request for $250,000 to the city's proposed 2017 budget. It would help pay for an expansion of New Hope, which is an international evangelical Christian church.

According to the agenda, posted by Friendly Atheist, the money would be allocated "for the expansion of New Hope Oahu's Center for Hope Capital campaign."

"The Center for Hope will include a 4-story parking structure that will fit approximately 270 stalls, an expo center, a 400-seat auditorium, a dining cafe, a resource center, and new restrooms,” Manahan’s budget request explained, according to Civil Beat. “The center will benefit its thousands of islandwide church members and provide various outreach programs.”

According to the publication, the megachurch has became a major political force in Hawaii politics. The church organization hosts political events and registers voters, according to Civil Beat.

In 2014, New Hope paid out $775,000 in a lawsuit settlement after being accused of shortchanging the state when it rented out public school properties for religious services.