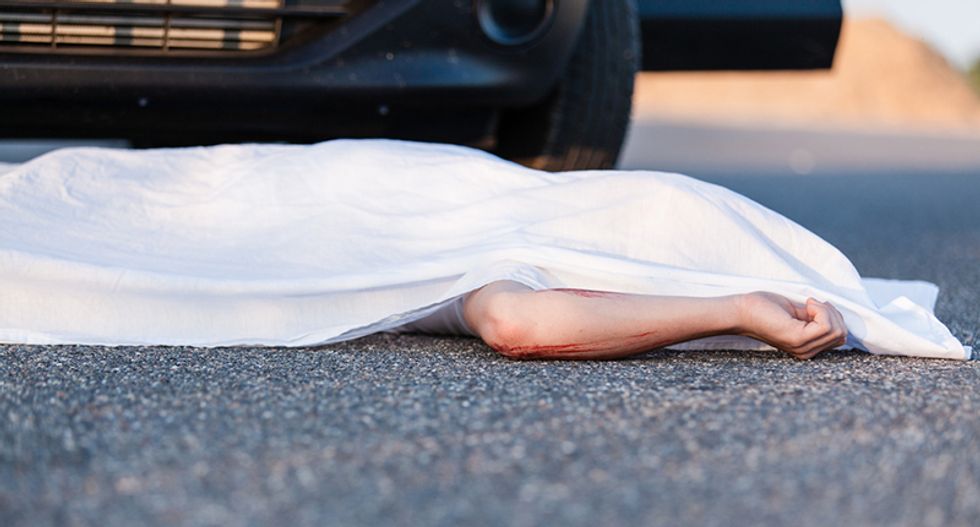 Officer Jordan Greenhaw is refusing to apologize to the family of 19-year-old Jason Trevino who the officer ran over with his police squad car. According to Courthouse News, Trevino was found with his legs protruding from under the police vehicle and his T-shirt was wrapped around a tire.

On the night in question in 2011 Trevino and his friend Bernard Seetaram stole a boat and trailer from someone's yard to take it fishing. They were caught by police when they were hauling it with an all-terrain vehicle and the taillights weren't working. Around 3am, the young men ditched the boat and turned onto a dirt hiking trail. The chase ended when Seetaram fell off the back of the ATV and Trevino was run over. Trevino died from blood loss to his lung in the emergency room.

Trevino's parents sued Officer Greenhaw in civil court January 2013, but it wasn't until recently that the case went to trial and the verdict absolving him of any wrongdoing was handed down Wednesday.

"There might be no case if Greenhaw had been wearing a bodycam or he had a dashcam in his car," Jason Trevino's cousin Lee Ludtke said.

Trevino's aunt Carol Ludtke told Courthouse News that she had the unfortunate task of telling his neighbors about his death. "I told an old lady who lived down the street from Jason that he died and she asked, 'Now who's going to fix my lawnmower?' If I bought something from IKEA he could put it together after looking at the instructions one time."

"Jason dreamed of becoming a NASCAR driver. The winner of the race last year at Texas Motor Speedway won $1.5 million," Trevino's attorney Grace Weatherly sad in her closing argument. "You should not let bias or sympathy play a part in your actions," she said. "Lloyd Trevino has had a bellyful. He's had four and a half years of sympathy. Look at the facts. You're not here to put a value on a lost life. You're asked to value the loss of love and the destruction of a relationship. This is your time to tell the city of Houston what's needed for the training of their employees."

The jury deliberated for only four hours before deciding the officer was not at fault. Trevino's aunt walked to the defense table to talk to Officer Greenhaw. She shook his hand as his eyes widened as she asked if he would apologize for her nephew's death. He refused. She was stunned.