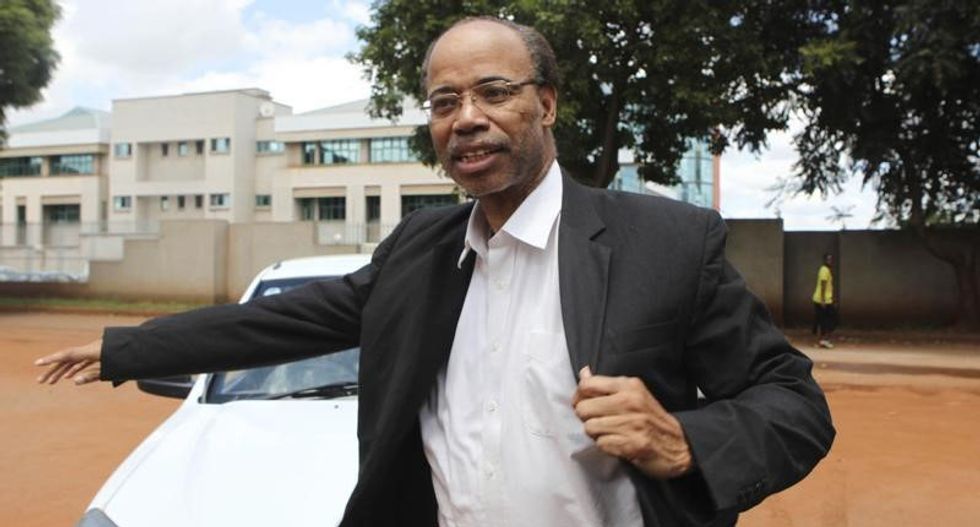 Former Illinois Congressman Mel Reynolds was arrested in Atlanta on Monday after he had failed to return to the United States by the end of March as a judge had ordered, a U.S. Marshals spokeswoman and Reynolds' lawyer said.

Reynolds had been in South Africa tending to what he said was a daughter’s illness, a spokesman for the U.S. Attorney’s office in Chicago said.

U.S. Marshals arrested Reynolds on Monday morning after he landed in Atlanta, where he will face a judge later in the day, his lawyer Richard Kling said.

Reynolds has been plagued by numerous legal troubles over the years. He pleaded not guilty in July to charges of failing to file income tax returns for 2009 through 2012, and Kling said Reynolds is due in federal court in Chicago on May 2 on those charges.

Reynolds was indicted in June and faces up to a year in prison and a $250,000 fine for each of the four counts against him. He had previously been convicted for having sex with an underage campaign worker.

A Rhodes scholar and one-time promising star of the Democratic Party, Reynolds was first elected to Congress in 1992.

In August of 1994, he was indicted for having a relationship with a 16-year-old campaign worker but was re-elected in 1994 in his Chicago district without opposition. The case ended with a conviction on sexual assault and child pornography charges in 1995 and Reynolds resigned.

Before his scheduled release from prison in 1997, Reynolds was convicted of bank fraud and misusing campaign funds for personal use and sentenced to serve additional time. He was released in 2001.

In 2014, Reynolds ran into legal trouble in Zimbabwe and was charged with possession of pornographic images and videos. The charges were dropped but he pleaded guilty to a visa violation, media reports said.