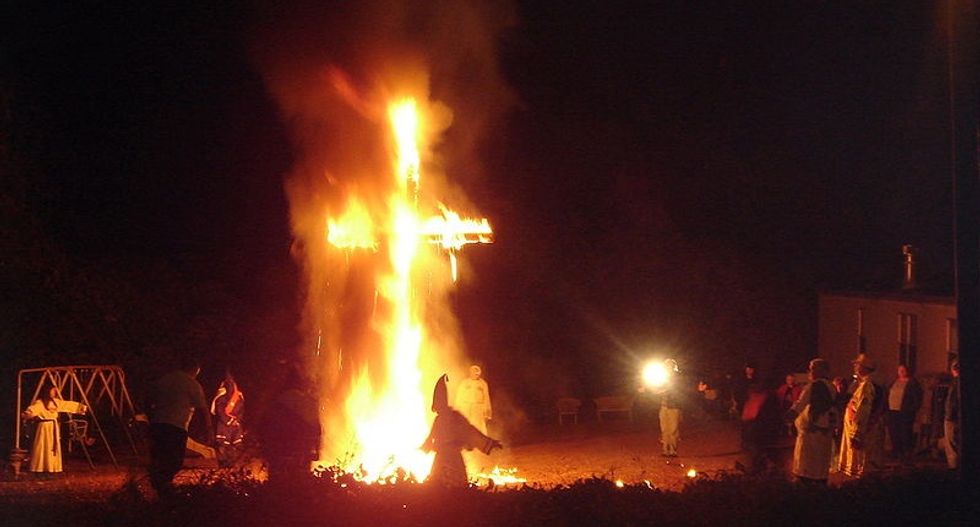 Police in Iowa are investigating what they are calling a hate crime after a cross was found burning in the city of Dubuque, KWWL reports.

The burning cross was found in the Washington Street neighborhood early Wednesday morning. Neighbors said they were stunned.

"In 2016, I'm surprised, because that's like a cheap shot. I mean, I don't have words to describe it. I really am shocked," resident Le-Shaun Evans told KWWL.

Police found what they described as "two crudely constructed items that appeared to be crossed damaged by fire."

Federal authorities have been notified of the incident, KWWL reports.

It's been decades since Dubuque, once known as the "Selma of the North," has had a similar incident. In 1991, a cross was burned as racial tensions flared over efforts to racially integrate the city, the Los Angeles Times reported.

"I have kids around here, and I try to teach them as far as race goes, that everybody is supposed to get along," resident Kelton Williams told the station. "And when something like this happens, it's like a fall back for me, as a parent. you know, saying this kind of stuff happens and how to react from it."

J"Our mayor, city manager, and law enforcement officials—along with organizations such as the Ruby Sutton Multicultural Center—are all actively engaged in addressing this awful act of bigotry," he wrote. "As a resident of this city, I am proud to be a part of a community where this kind of behavior is confronted head-on, even while I am ashamed at the prospect of having to write this letter in the first place."

Watch the report, from KWWL, here: