'It is a cult-like boiler room on Capitol Hill': Congressman on disgusting fundraising demands 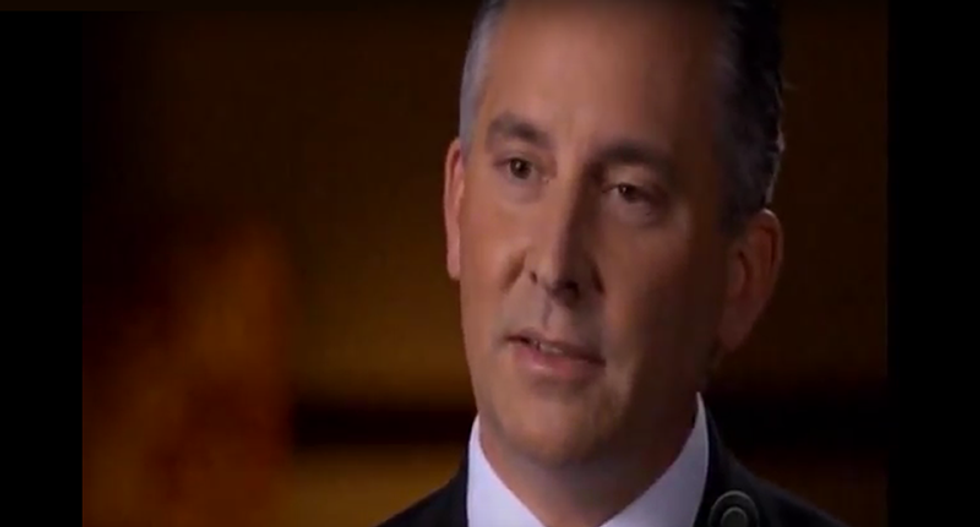 CBS's "60 Minutes" showed the disgusting side of politics that America can't stand: Money in politics. Every politician will tell you that the thing they hate most is raising money. However, the ability to do it has become the central requirement to run and keep elected office.

Democrats have worked to fight back against the Supreme Court's Citizens United ruling, that opened the floodgates on money in politics. Maryland Congressman Chris Van Hollen proposed the DISCLOSE Act in 2010, which would, among other things, "prohibit foreign influence in Federal elections, to prohibit government contractors from making expenditures with respect to such elections, and to establish additional disclosure requirements with respect to spending in such elections, and for other purposes."

Now, Republicans are joining the fight. In an interview with 60 Minutes, Rep. David Jolly (R-FL) said that he was told his first job as an elected official was to raise $18,000 per day. He's taken Van Hollen's DISCLOSE Act to an even deeper level of limitations with his Stop Act. The legislation would ban Members of Congress from personally asking people for money.

"It is a cult-like boiler room on Capitol Hill where sitting members of Congress, frankly I believe, are compromising the dignity of the office they hold by sitting in these sweatshop phone booths calling people asking them for money," Jolly, who is a former lobbyist, told "60 Minutes." "And their only goal is to get $500 or $1,000 or $2,000 out of the person on the other end of the line. It's shameful. It's beneath the dignity of the office that our voters in our communities entrust us to serve."

CBS got their hands on a diagram that the National Republican Congressional Committee gives to its candidates to help them with fundraising. The flowchart says that the candidates should plug the "unique opportunity to come together with House Republican leadership." If the potential donor says no it then instructs the candidate to remind the donor "the NRCC did a great deal to help maintain...the majority in 2014." If that get's a "yes" answer, more instructions follow for the candidate to "pause and let the donor speak."

Full disclosure, I was a former fundraiser for candidates. I received similar instructions for the process in a 2005 training by the pro-choice organization EMILY's List. Candidates are encouraged to speed up the calls with a quick elevator speech and after "the ask," they are told to pause. A former Congresswoman I worked for would always take a drink of water to stop herself from speaking first. The logic was that it would make the donor feel awkward enough to give a quick answer.

It isn't just elected officials and candidates who hate the money game, however. Activists numbering over 400 were arrested at the U.S. Capitol last week, including actress Rosario Dawson. The crowd was protesting money in politics and Citizens United, while also demanding a Constitutional Amendment.

In a Bloomberg Politics poll last year, 78 percent of respondents said that they believed the Citizens United ruling should be overturned. Many have advocated for a Constitutional Amendment banning money in politics, but doing so would require three-fifths of Congress, which hasn't been able to pass most of the legislation proposed in the last 5 years. It would then go to a vote of the American people, where 38 of the 50 states would be necessary to pass the law.