'It's a f*cking show!': Anti-Trump protester face-plants during backflip after calling supporter a 'fat b*tch' 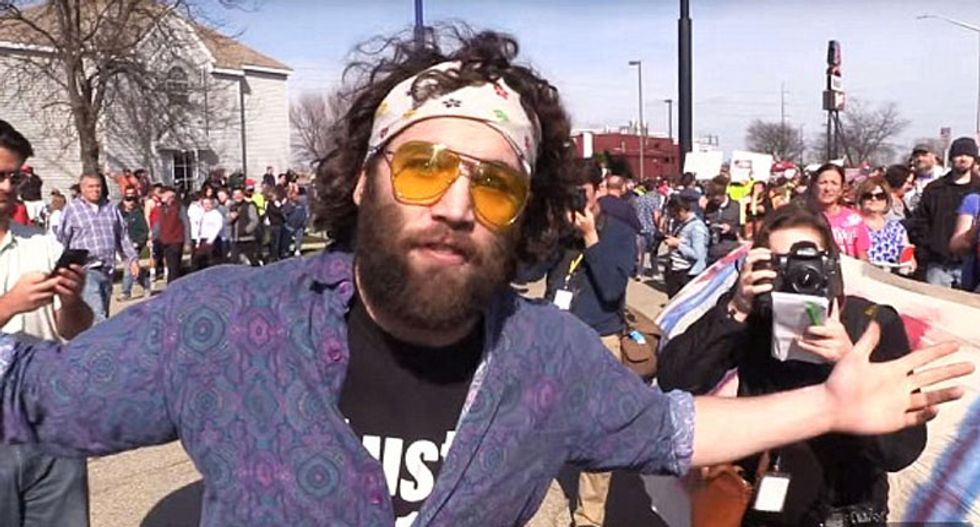 An anti-Trump protester, taunting the candidate's supporters, ended his harangue with a backflip that went horribly awry when he face-planted for the cameras, reports the Daily Mail.

Filmed at a Janesville, Wisconsin rally, the man can be seen ranting and swearing at the crowd before being asked by an off-screen female TRump supporter, "What are you smoking?"

"I'm smoking pot, lady, that's what I'm smoking. Smoking green, smoking the herb," he yelled back. "Is that what you think of my thrust because I hate this fascist f*ck? F*ck you, you fat b*tch."

"It's a f*cking circus, everybody! Look! Look!" he bellowed as he began jumping around.

He then attempted a back-flip, landing badly and smacking the ground with a horrible sound, before leaping up and telling the onlookers, "I did that on purpose. It's all a f*cking show here," then stalking off.