It's up to you, New York: Voters will cast crucial ballots in state's primary election 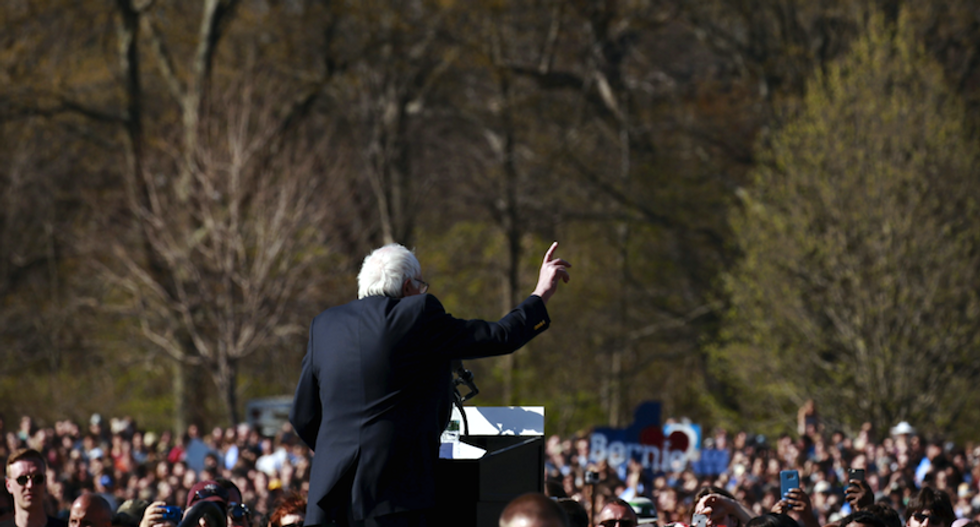 Democratic presidential hopeful Bernie Sanders is throwing a concert in a park with a dramatic view of Manhattan's skyscrapers. At the opposite end of New York state, Republican front-runner Donald Trump will be holding a rally in Buffalo, a Rust Belt city recovering from economic decline.

By the end of Monday - the last official day of campaigning before voting in the state's Democratic and Republican primary elections begins - thousands of New Yorkers will have heard the candidates' closing pitches.

New York's primary is set to be the most decisive such election in the state in decades in terms of picking the nominees for November's general election. The date for the contests was shifted back this year so they are no longer crowded out by the raft of other states that voted on so-called Super Tuesday last month.

Barring an upset on the Republican side, Trump, whose name in giant letters adorns condominiums and hotels across New York City, is expected to win handily in his native state.

"You're going to look back and say, 'That was the greatest vote I've ever cast, ever, ever, ever,'" the billionaire businessman promised a crowd of cheering supporters at a campaign event on Staten Island, one of New York City's five boroughs and its most solidly Republican one.

The question is whether Trump will make a clean sweep of all 95 Republican delegates at stake by earning the majority of votes in all 27 congressional districts in the state.

Total victory in New York may help Trump avoid the prospect of seeing the nomination wrested from him at the party's July 18-21 convention in Cleveland if he arrives without a clear majority of at least 1,237 delegates. In that scenario, another candid date could win on a second or subsequent convention ballot.

Trump's Republican rivals, Ted Cruz, a U.S. senator from Texas, and Ohio Governor John Kasich, have no strong ties to New York, though they have gamely showed up at campaign events to be seen relishing local delicacies: pizza, pickles, matzo.

Cruz, Trump's closest rival, has been given a particularly hard time by some voters for speaking disdainfully of "New York values" earlier this year in an attempt to discredit Trump.

While Trump holds his rally in Buffalo, Cruz will be campaigning in New York City. Kasich will make appearances in Syracuse and Schenectady, two upstate New York cities.

On the Democratic side, former U.S. Secretary of State Hillary Clinton, who represented New York for eight years in the U.S. Senate and whose main home is just north of New York City, remains the favorite to win her party's nomination.

Still, recent polls have shown Sanders, a U.S. senator from Vermont whose distinctive accent is that of a native Brooklynite, cutting her earlier 30-percentage-point lead by about two-thirds after an unbroken string of victories in the last eight nominating contests.

Sanders drew 28,000 people to hear him speak at a Brooklyn park on Sunday, according to his campaign's tally. He is hoping for more crowds at his concert-cum-rally at a park alongside the East River in Queens on Monday evening.

But Sanders needs to defy expectations with a strong victory if he is ever to overtake Clinton.

Clinton will be campaigning in Manhattan on Monday while her husband, former President Bill Clinton, will be heading upstate, to Buffalo and Rochester.

Rudy Giuliani insists he is not a crook after Jan. 6 committee turns up the pressure

In a recent video, Rudy Giuliani appears to be channeling a former Republican president.

Giuliani explained during his "Common Sense" podcast that he is not a crook, a phrase often quoted from former President Richard Nixon, who maintained that he had nothing to do with Watergate.