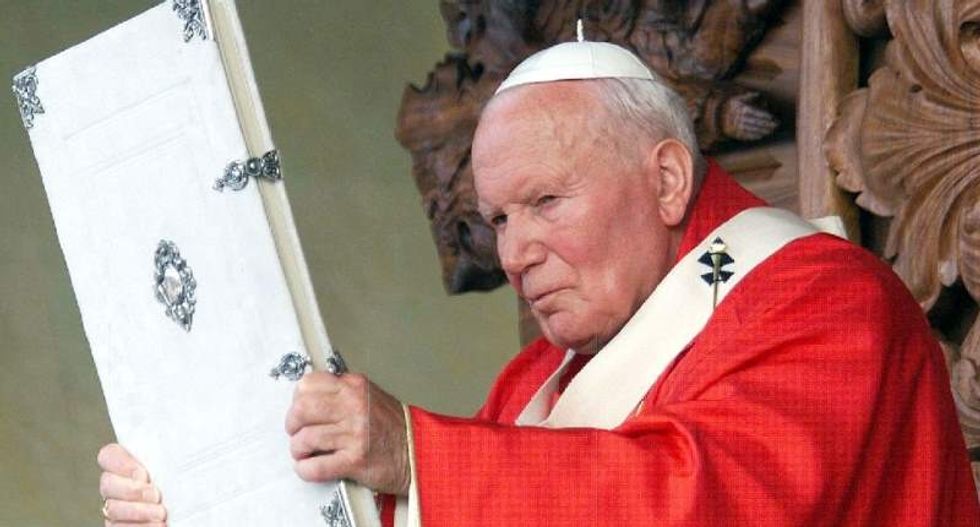 It's a tale of saints and singers: a new Polish musical is bringing some pizzazz to the story of its beloved native son, the late pope John Paul II.

"We will tell his whole life story, from his infancy until his death."

Like many in Poland, 35-year-old Kaczmarczyk adored the pontiff, who was canonised a saint two years ago in April. He queued for 15 hours in Rome after John Paul's death in 2005 just for a chance to bow at his coffin.

Kaczmarczyk has penned the script and lyrics for "Karol", teaming up with hit-maker Filip Siejka to revisit Karol Wojtyla's life in musical form, from his boyhood to his rise to the top of the Roman Catholic Church.

Not only was John Paul the first non-Italian pontiff in four centuries but as a strong advocate for human rights, he was a source of strength for many behind the Iron Curtain and seen as a catalyst in the collapse of communism.

Due to premiere in February 2017 at the large Tauron Arena in Poland's second city Krakow, "Karol" could well prove a hit in a country where 90 percent of the residents are Roman Catholic. Promoters said 500 tickets have already been sold.

Fifteen actors will play the main roles, including a teenage version of the pope-turned-saint dressed in a t-shirt and shorts. Along with dancers, backing singers and extras, the cast runs to almost a hundred.

Polish pop diva Edyta Geppert will sing several of her own hits, integrated into a soundtrack that runs from upbeat pop-rock to tender ballads.

There are light-hearted moments in the tale of a pope who was well-known for his sense of humour -- like the time when an Italian priest, in a bad attempt to speak Polish, tries to ask "How is the pope?" but ends up asking "How's the little dog?"

Karol Wojtyla lived in Krakow for almost four decades, training as a priest in the city during the Nazi occupation and eventually rising to become its archbishop.

Affection for John Paul II runs deep in the city, and the audience may be moved to tears as well as laughter as the show turns to his life's more serious moments.

One song, "Someone Has Ordered Me To Run," inspired by one of his own poems, recalls his doubts about the difficult mission he felt God had bestowed upon him.

"I always have doubts but someone has ordered me to run... and never look back."

The show opens with music evoking the "roaring" 1920s of the pope's birth, before switching to pop-rock as he becomes pope in 1978.

The script also deals with the pontiff's relationship with his mother, who died when little Karol was only nine years old.

Agata Nizinska, playing his mother Emilia, sings a song called "Conversation With My Son" -- an emotional premonition of the pope's vocation, in which she tells him she dreamt she had seen "a palace with a view of a thousand cities".

Casting for the show has not yet finished. Producers are still looking for a youngster to play Karol when he was a football-loving 10-year-old, and another to play the future pope at age 20.