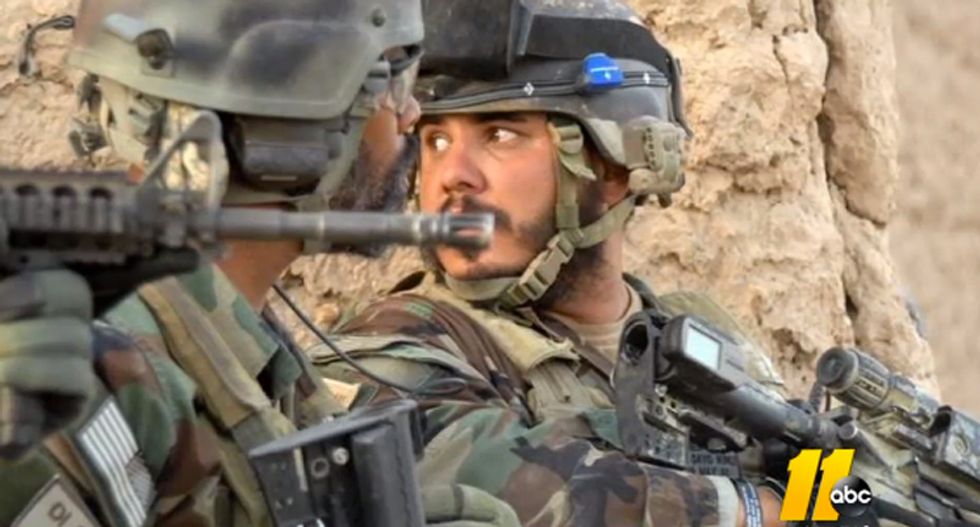 A North Carolina District Court Judge who sentenced a veteran suffering from PTSD to jail for lying in court, locked himself away with the defendant for his stay in order to help him by talking through his problems.

The former Green Beret served four combat tours in Afghanistan during a nearly two-decades-long career before leaving the service and returning to the U.S. where he as struggled with post-traumatic stress disorder.

Serna was recently arrested on a DUI charge and appeared before Olivera as part of a diversion program.

While speaking with the judge -- with whom he has met over 25 times -- Serna admitted to lying about a urine test, landing him a jail stay.

Events took a different twist when Serna was delivered to his one-person jail cell by the judge who locked himself up with the vet.

“This was a one-man cell so we sat on the bunk and I said, ‘You are here for the entire time with me?'” Serna said. “He said, ‘Yeah that’s what I am doing.'”

"When they close that door, it's really -- you are shut off," Olivera explained. "I had a more palatable understanding of the issues Joe was going through."

Asked about their conversation -- which included sharing their wartime experiences -- during their stay, Serna said, “It was more of a father and son conversation. It was personal.”

Watch the video below from WTVD: