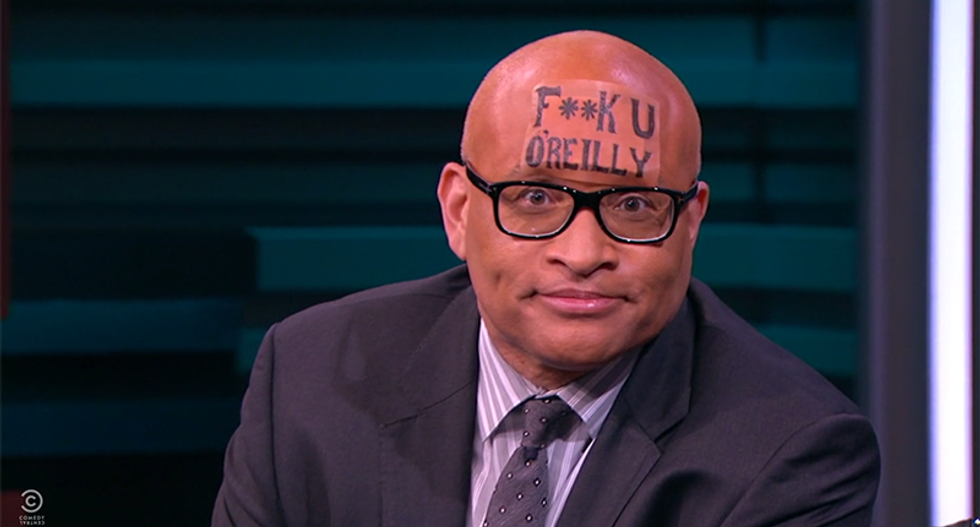 On O'Reilly's Monday night episode, the right-wing host had presidential candidate Donald Trump on to talk about his campaign and his ability to provide jobs to the African-American community.

“How are you going to get jobs for them?” O’Reilly asked. “Many of them are ill-educated and have tattoos on their foreheads, and I hate to be generalized about it but it’s true. If you look at all the educational statistics, how are you going to give jobs to people who aren’t qualified for jobs?”

"What the f**k did you just..." Wilmore said astounded. "Just so you know, Bill O'Reilly, I'm one of those rare black people who don't have a forehead tattoo. But if I did, it'd be this," he said pulling out a sign that says "F**K U O'Reilly."

Wilmore further asked all races in his "Nightly Show" audience to make their own forehead tattoos to say something to O'Reilly and to use the hashtag #ForeheadSolidarity.

"If you have a forehead, you, too can tell Bill O'Reilly to go f*ck himself," Wilmore said.

Check out some of the ones online already and the video below:

And of course, because it's the internet, a cat-tat: