Larry Wilmore rips Cruz for picking ‘creepy’ Fiorina as VP: ‘How hard is it to be f*cking normal?' 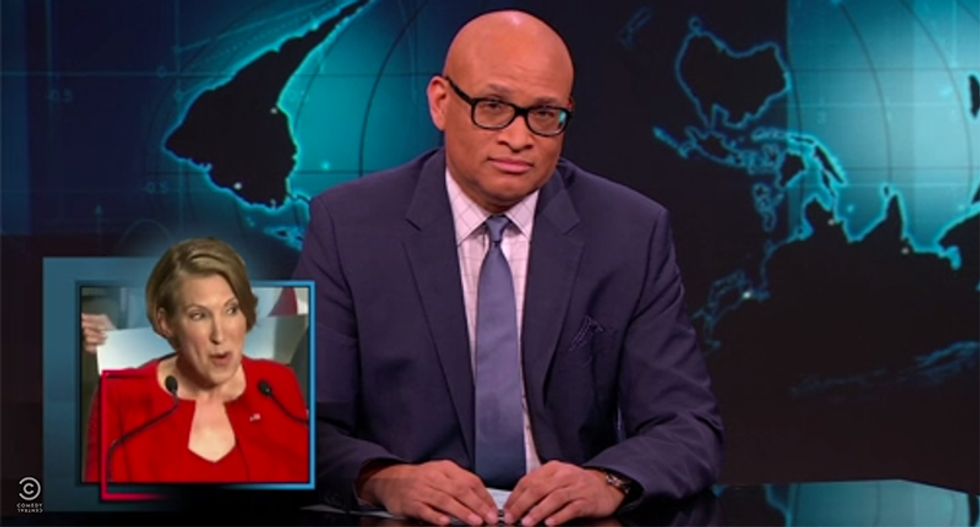 "Ted Cruz delusionally thinks he has a chance," Wilmore said on Wednesday's "Nightly Show." "You picked a running mate?! You're not the nominee!"

Wilmore then announced he is picking his vice presidential running mate Halle Berry. "I know, I know, I know I haven't even announced I'm running yet, but since Ted Cruz only won three more delegates than I did yesterday, I may as well pick one."

He then went after Cruz's new partner in crime, Carly Fiorina, who he thought could perhaps balance out Ted Cruz's creepiness. That is until she started randomly singing during her VP acceptance speech. "How hard is it to be f*cking normal!?" Wilmore shouted exasperated. "Look, Carly, say anything you want, just don't sing like a creepy young girl from a horror movie," he said pretending to be a Cruz campaign adviser.

"Cruz also thought he'd creep out the whole people of Indiana, the Hoosier State lovers of basketball, by pretending that he shared their affections," Wilmore said before running the clip of Cruz calling a basketball rim a "ring," while trying to reenact a scene from the Gene Hackman film. "That's right. In basketball-obsessed Indiana, Ted Cruz called this a basketball ring," Wilmore said showing a hoop.

"You know, that's like going to the adult entertainment expo and calling this a c*ck hoop," he said showing a photo of a c*ck ring.

Check out the whole video below: