'Like giving in to the Muslims': Conservatives gripe over Christian schools' name change

The decision by a Christian school system in Lakewood, Colorado to stop calling its athletic teams "Crusaders" has been met with resistance online, WUSA-TV reported.

"This has nothing to do with political correctness," said Denver Christian Schools (DCS) CEO Todd Lanting. "It's got everything to do with love and empathy for our neighbors."

The Crusades were a series of military campaigns sanctioned by then-Pope Urban II pitting Christian soldiers against Muslim forces. Lanting said that the name change was made to help the school system fulfill what he described as "the command to love our neighbors as ourselves."

After consulting with alumni, parents, and current students, he said, DCS will choose between two new names -- Trailblazers or Thunder -- according to the results of a community vote.

But members of a Facebook group objecting to the name change have questioned Lanting's account, saying they were never informed of any effort to change the name. They have also criticized what they said was a capitulation to "political correctness," with one member going so far as to post anti-Islam news articles on the group page, as seen below: 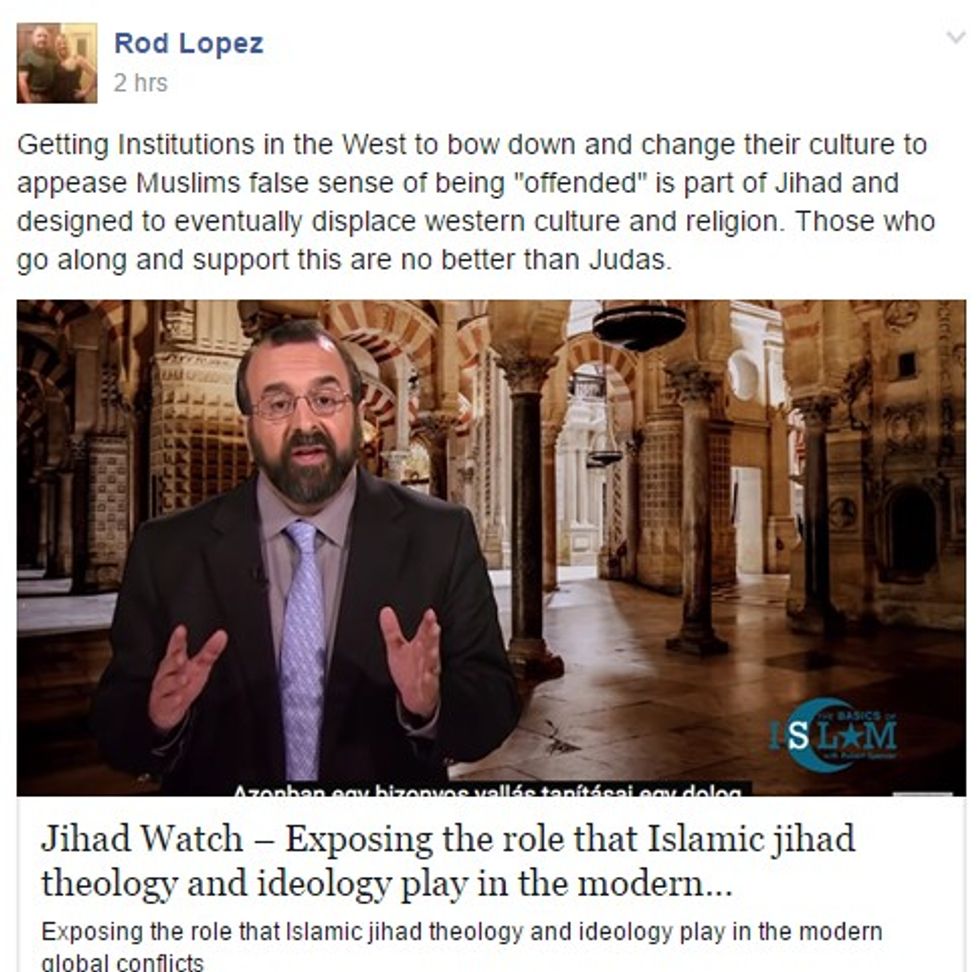 Another group member described the name change as "giving in to the Muslims," as seen here:

WUSA's report can be seen below.