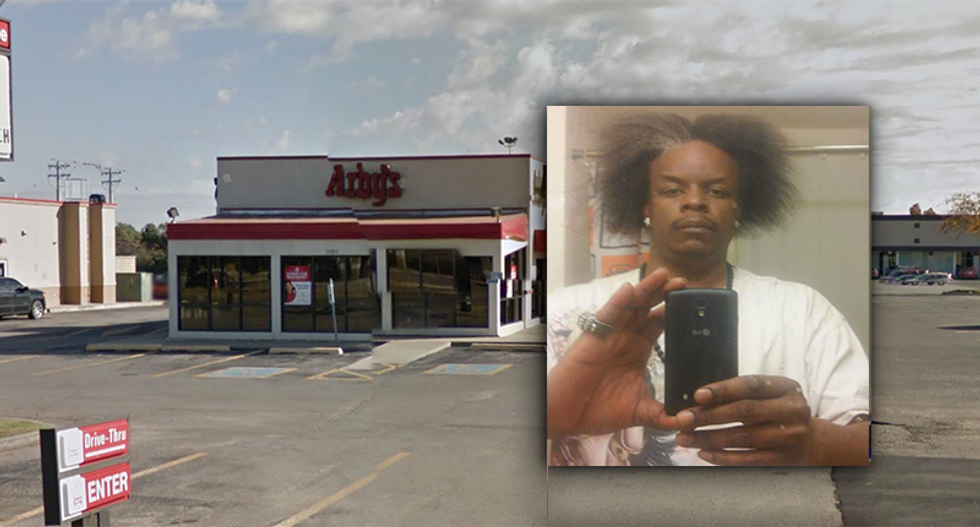 A man claiming to be from four years in the future ran into an intersection, kicking cars, before running into an Oklahoma City Arby's where he hopped over the counter and stole some chicken and bacon.

Dante Rashad Anderson, 36, started at the Carl's Jr., yelling at employees to give him food but when they refused he took his case to Arby's, according to KOCO News.

"I got bacon and chicken and I scared the lady," Anderson reportedly said to police. "She thought I was going to hurt her, but I was not. I was just hungry and wanted some food. That is what I have to do to get food.

He went on to say that he knew he would go to jail for stealing the food but, "no one wants to help me out."

"I am from planet Earth 2016 and am four years advanced on you, and you guys are always trying [to] kill me," the police report said. "On my planet Earth, everyone is dead and I walked here from there." He's explaining a kind of "Last Man on Earth" episode.

MSGT. Gary Knight from the Oklahoma City Police Department says that Anderson was possibly under the influence of some sort of narcotic, intoxicant or suffering some type of break with reality. Knight did not comment on the possibly of time travel, however.

Police ultimately arrested Anderson for complaints of assault and battery, larceny and two destruction of property and booked him in the Oklahoma county jail.