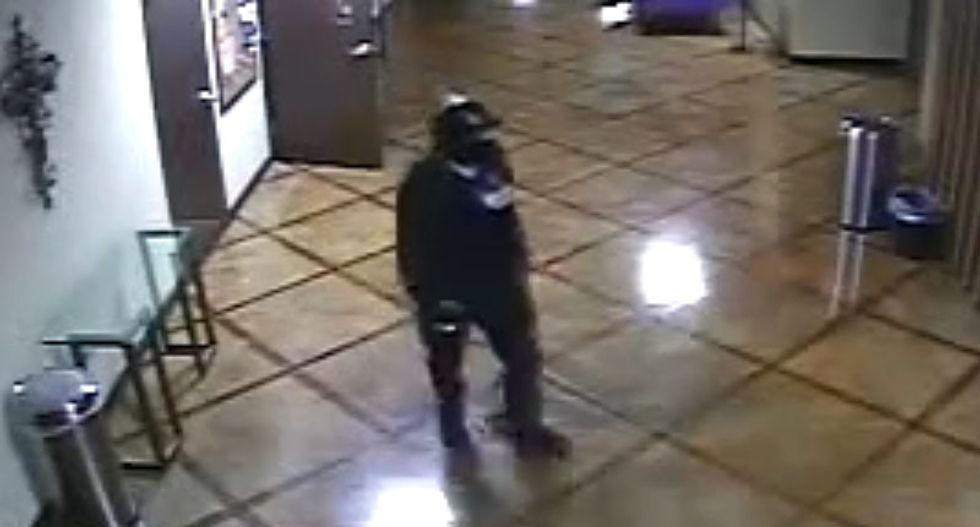 A man seen in a surveillance video dressed in police tactical clothes and a wearing helmet is being sought as a suspect in the killing of a fitness instructor inside a Dallas-area Christian church this week, authorities said on Tuesday.

Terri Bevers, 45, was found dead on Monday inside Creekside Church of Christ in Midlothian, about 25 miles southwest of Dallas, by one of her students who scheduled a 5 a.m. workout session called “Camp Gladiator,” police said.

A cause of death has not been determined.

Midlothian Police released surveillance video from the church showing a man wearing gear emblazoned with "Police" on his chest and back who was roaming the halls around the time Bevers was unloading exercise equipment from her truck.

"The suspect used force to enter a couple of rooms within the church," police said in a statement.