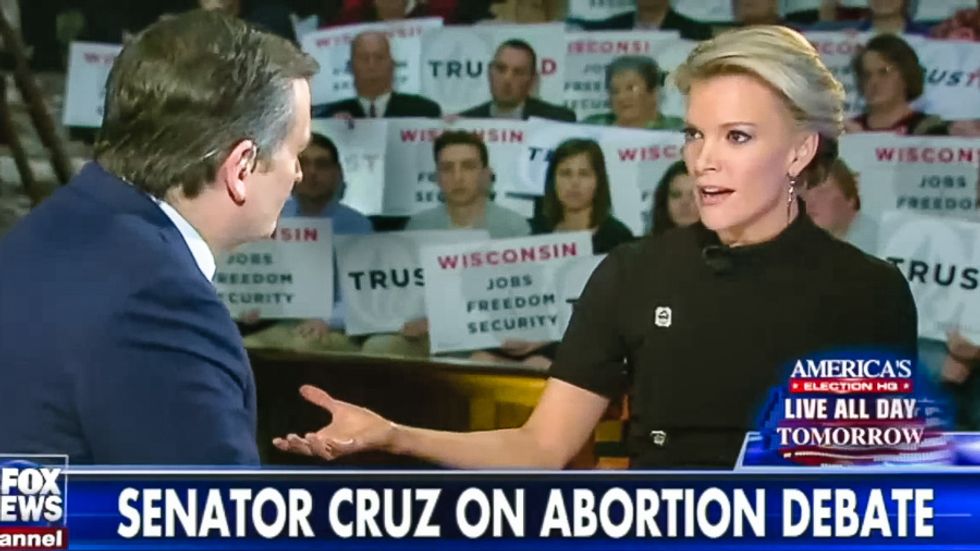 Republican presidential candidate Ted Cruz told Fox News host Megyn Kelly on Monday that he did not support abortion rights even in the case of rape or incest because it was not "the child's fault."

At a town hall event in Wisconsin, Kelly pointed out that many women would have a problem supporting Cruz because he did not favor an exception for rape.

"They think you may be too far right on social issues," she explained to the candidate.

"Rape is a horrific crime against the humanity of a person," Cruz admitted. "But at the same time, as horrible as the crime is, I don't believe it's the child's fault."

"We want to do every thing we can do to prevent the crime on the front end and to punish the criminal," he added. "But I don't believe it makes sense to blame the child."

Kelly pushed back: "They say you would be forcing the mother to go through unspeakable trauma to carry her rapist baby for nine months."

Cruz, however, did not answer the question directly, and argued that the decision would be left up to the states.

Watch the video below from Fox News, broadcast April 5, 2016.