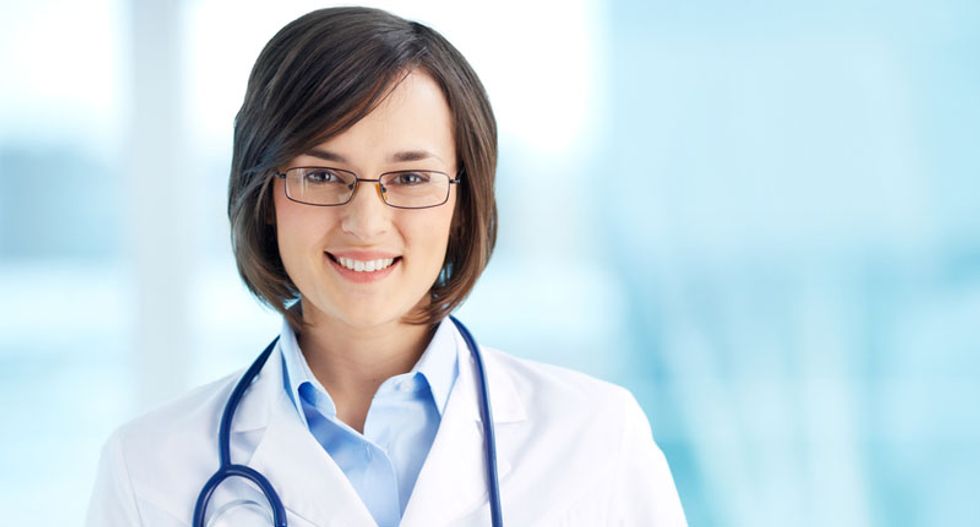 Even as scores of U.S. abortion clinics have shut down, the number of doctors trained to provide the procedure has surged – but only in some parts of the country.

Two little-known training programs say they have expanded rapidly in recent years, fueled by robust private funding and strong demand. Launched nearly a quarter century ago amid protest and violence, the programs now train more than 1,000 doctors and medical students annually in reproductive services, from contraception to all types of abortion, according to interviews with Reuters.

But their impact is limited. Most of the doctors end up working near where they train, not in several Southern and Midwestern states that have imposed waiting periods, mandated counseling and enacted other controls.

"I don’t think we have a provider shortage anymore," said Sarah W. Prager, a University of Washington Medical School professor. "What we have is a distribution problem. We have a lot of providers in some of our city centers, but in rural areas there are very few people willing or able to provide care."

Texas is emblematic of areas of scarcity. More than half the clinics in the state have closed since 2013 when a law went into effect that required clinics to meet surgery center standards and abortion providers to have hospital admitting privileges.

In its first abortion case in nearly a decade, the U.S. Supreme Court is considering whether the Texas law violates the right to abortion. The case focused attention on a decline in clinics in the United States. According to a survey by the Guttmacher Institute, a nonprofit research organization that supports abortion rights, the number of clinics dropped nearly 40 percent after peaking in 1982.

Medical Students for Choice was started in 1993 by a student at the University of California, San Francisco. The nonprofit now has 185 chapters and a $1.4 million annual budget funded by the William and Flora Hewlett Foundation, the Rockefeller Family Fund and others.

Last year, it sent 137 medical students and residents for abortion training, more than twice as many as in 2010. Its two-day and three-day Abortion Training Institute has received 321 applications so far this year, surpassing the 228 who applied in all of 2015.

The Kenneth J. Ryan Residency Training Program was started in 1999 by Uta Landy, who ran one of the first abortion clinics after the procedure was legalized.

While obstetric-gynecology residencies are required to offer abortion training, not all do. The Ryan program has helped set up and expand family planning and abortion training at 85 teaching hospitals - including 31 since 2010 - which train about 1,000 residents a year.

The program declined to discuss its budget or funding. It is a part of the Bixby Center for Global Reproductive Health at the University of California, San Francisco, which does not disclose contributions at the program level.

Tax disclosures show the Susan Thompson Buffett Foundation, which supports abortion rights, donates to many of the universities that host Ryan program training. But it does not disclose the purpose of those donations, and representatives did not respond to phone queries.

At a hearing before the Supreme Court in March, lawyers for clinic operators argued that the new standards in Texas caused or contributed to the shutdown of 22 clinics. The Texas state solicitor general argued that Whole Women's Health, the lead plaintiff in the case, failed to show that the law was the only reason the clinics shut down.

A study funded by abortion rights groups recently reported that waits in Texas grew as long as 23 days, and some women have traveled more than 250 miles to get an abortion.

Some doctors also travel to bring abortion services to areas where they are scarce. Bhavik Kumar went to New York for Ryan residency training because it was not offered at his Texas medical school. He returned to Texas and travels more than 2,000 miles a month providing abortions at clinics in San Antonio and Fort Worth.

"Rights are being taken away from not just patients but us as well," Kumar said. "A lot of us are angry. We're trying to get back what the opposition has taken."

Randall K. O'Bannon, director of education and research for the anti-abortion National Right to Life organization, said the training programs are recruiting medical students with rhetoric he views as dishonest.

"They have been promoting and recasting the image of the abortionists in the United States," O'Bannon said. "They want to make them appear more noble - heroic. But they're not."

Lois V. Backus, executive director of Medical Students for Choice, said the students who go the extra mile to seek training are heroes who "deserve the gratitude and admiration of all of us for their willingness to meet all the needs of their patients."

"The more controversy there is," she said, "the more motivation, commitment and passion grows and responds."

Most of the new providers are women, who comprise 80 percent of ob-gyn residents. Some, like Jennifer Conti, are vocal about the need for women to have access to a full range of reproductive care. Growing up in a traditional Mexican-American family, Conti opposed abortion as "this hypothetical thing that bad people did." But her views changed in her teens when an acquaintance got pregnant.

Now, as an ob-gyn, she teaches and provides reproductive care, including abortion, at Stanford University School of Medicine, and she writes for Slate and other outlets.

"There is a new generation of activist doctors," said Lori Carpentier, who runs Planned Parenthood clinics in Michigan. "They choose to do terminations of pregnancies because it is a deeply held and passionate belief that women should have access to care."

Federal investigators are taking steps to stop of company linked to Steve Bannon from misleading consumers about the COVID-19 pandemic.