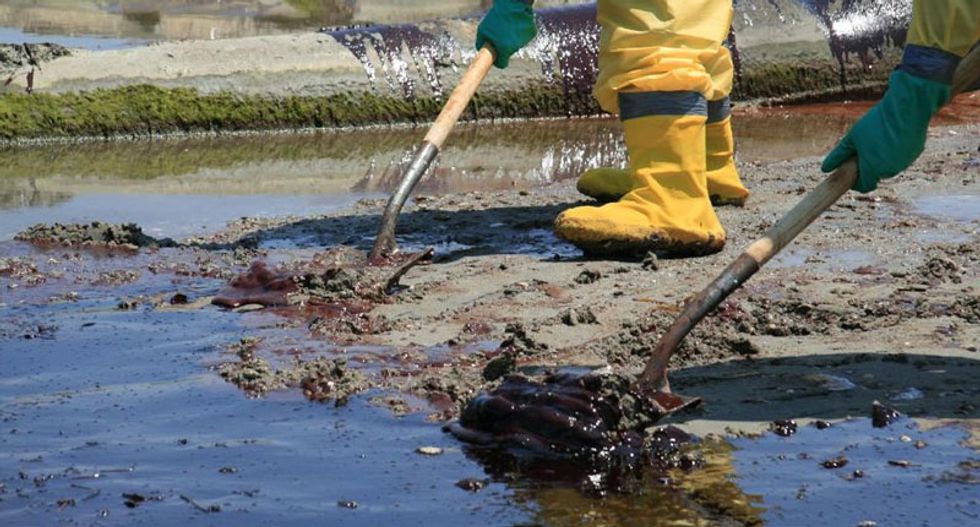 A former BP Plc rig supervisor who pleaded guilty to a misdemeanor charge in the 2010 Gulf of Mexico oil spill was sentenced to 10 months of probation on Wednesday, concluding a federal criminal case in which no one received prison time over the disaster.

Donald Vidrine, 68, was sentenced by U.S. District Judge Stanwood Duval in New Orleans, in accordance with a plea agreement in which the defendant admitted to the negligent discharge of oil, a Clean Water Act violation.

Vidrine and another supervisor aboard the Deepwater Horizon drilling rig had been accused by the U.S. Department of Justice of failing to properly conduct necessary pressure tests before the April 20, 2010 blowout of BP's Macondo oil well.

The blowout caused the deaths of 11 workers and the largest U.S. offshore oil spill.

A lawyer for Vidrine, Jan Frankowski, confirmed his client's sentence. He declined to comment further. The Justice Department did not immediately respond to a request for comment.

The other rig supervisor, Robert Kaluza, was acquitted in February by a jury of the same pollution charge as Vidrine's.

Kaluza and Vidrine previously faced manslaughter charges, but those were dropped.

Former BP Vice President David Rainey was acquitted by a jury last June of charges he lied to federal agents about how much oil was spilled.

The fourth defendant, engineer Kurt Mix, was sentenced to six months of probation last November after pleading guilty to damaging a computer, a misdemeanor.

Mix had been convicted in 2013 of obstruction of justice for deleting hundreds of text and voice messages, but juror misconduct led to that conviction being overturned.

Another federal judge in New Orleans, Carl Barbier, on Monday gave final approval to BP's roughly $18.7 billion settlement with the U.S. government and five states over the spill.