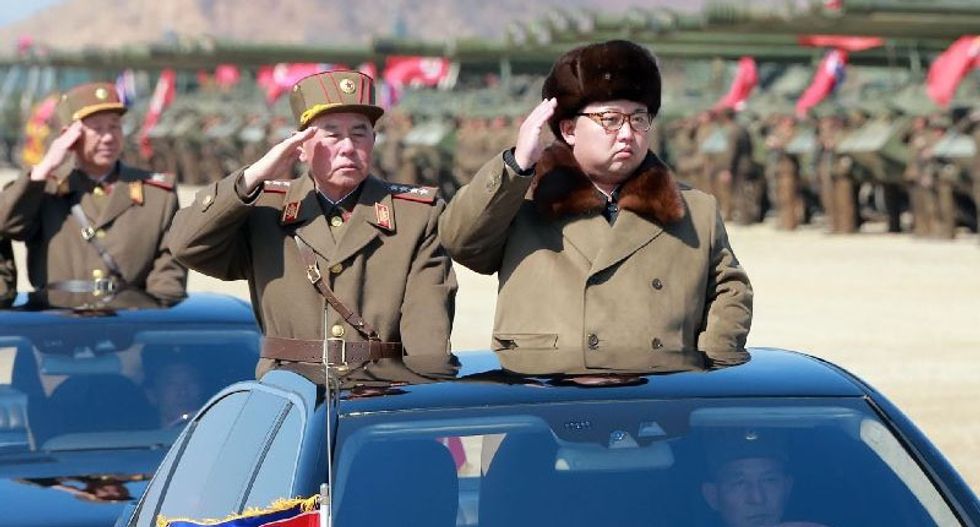 North Korea's top military body has accused US-led "hostile forces" of laying siege to the country like Leningrad in World War II and Cuba during the Cold War missile crisis.

In a statement carried Monday by the North's official KCNA news agency, a spokesman for the National Defence Commission (NDC) also said the latest UN sanctions imposed on Pyongyang over its nuclear weapons programme were "anachronistic and suicidal" and could trigger a nuclear strike on the US mainland.

The UN Security Council adopted its toughest economic sanctions to date on North Korea after Pyongyang conducted its fourth nuclear test in January and a space rocket launch a month later that was widely viewed as a disguised ballistic missile test.

The NDC spokesman said the sanctions were the work of "the US and other hostile forces" who were intent on attacking North Korea "in a flock to swallow it up."

"The Leningrad blockade which struck terror into the hearts of people ... and the Caribbean crisis in the Cold War era can hardly stand comparison with the situation," the statement said.

Far from breaking the North, such treatment would only strengthen its resolve, it said, adding that Washington was engineering a crisis that could see the North "make a retaliatory nuclear strike at the US mainland any moment".

North Korea has been making nuclear strike threats against the United States and South Korea for weeks, after the two countries launched large scale, joint military exercises that Pyongyang views as a provocative rehearsal for invasion.

It has also claimed a series of key breakthroughs in its development of a long-range nuclear strike capability, although most experts believe it is still years from being able to launch any sort of missile attack on the continental US.