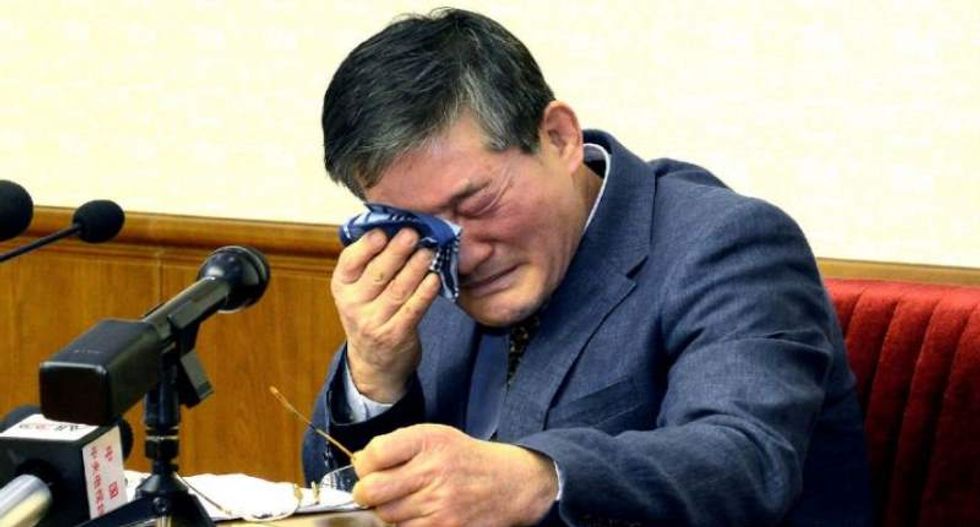 The announcement, which comes at a time of elevated military tensions on the Korean peninsula, followed an even harsher sentence of 15 years hard labor passed last month on a US student, Otto Warmbier, for stealing a propaganda banner from a tourist hotel in Pyongyang.

The 62-year-old, who became a naturalized US citizen in 1987, was arrested on espionage charges back in October.

Kim was paraded in front of media cameras in the North Korean capital a month ago, when he admitted to stealing military secrets and pleaded for clemency in a carefully orchestrated "confession".

His detention first came to public attention when he was produced in January during an interview CNN was conducting with a detained Canadian pastor in a Pyongyang hotel.

At that time, Kim said he had been living in China near the North Korean border for the past 15 years, commuting regularly to Rason -- a North Korean special economic zone.

According to the North's state media, he had been arrested in Rason as he was receiving a USB stick containing nuclear-linked and military secrets from his source.

Foreigners detained in North Korea are often required to make a public, usually officially scripted acknowledgement of wrongdoing as a first step towards a possible release.

The United States took a leading role in securing the resulting sanctions that the UN Security Council imposed on the North in March.