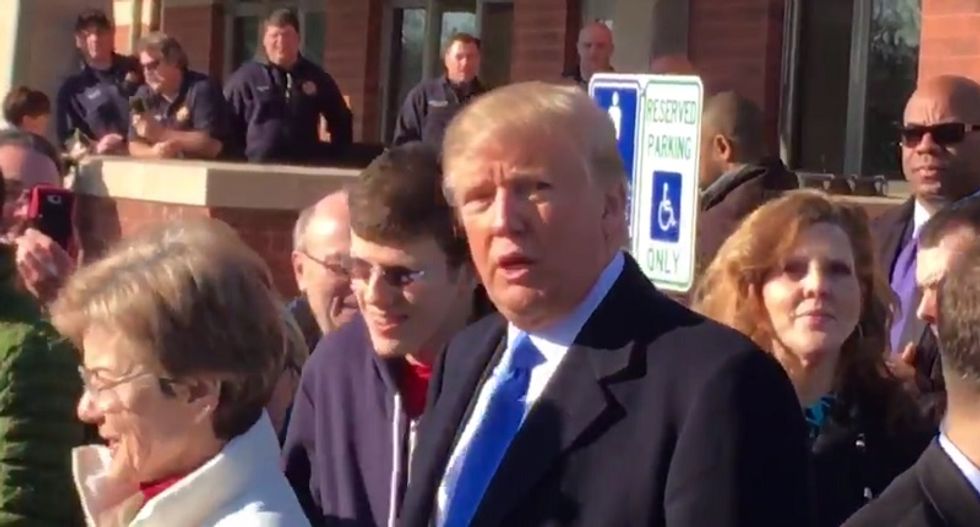 New York City firefighters and police said on Thursday they were investigating a report that a suspicious white powder substance was found inside Trump Tower in Midtown Manhattan.

Five civilians and a police officer were isolated by emergency personnel and under evaluation after authorities responded to the location around 8:05 p.m. EDT, New York Fire Department spokesman John Ryan said.

Local broadcaster WNBC, citing law enforcement sources, said the powder was found on the fifth floor of the building, near the campaign offices of Donald Trump, the Republican presidential front-runner.

Trump campaign spokeswoman Hope Hicks directed all questions to the U.S. Secret Service. A spokesperson for the agency could not be reached immediately for comment.

Last month, a threatening letter containing a granular substance was sent to Trump's son, Eric, urging an end to his father's presidential campaign.