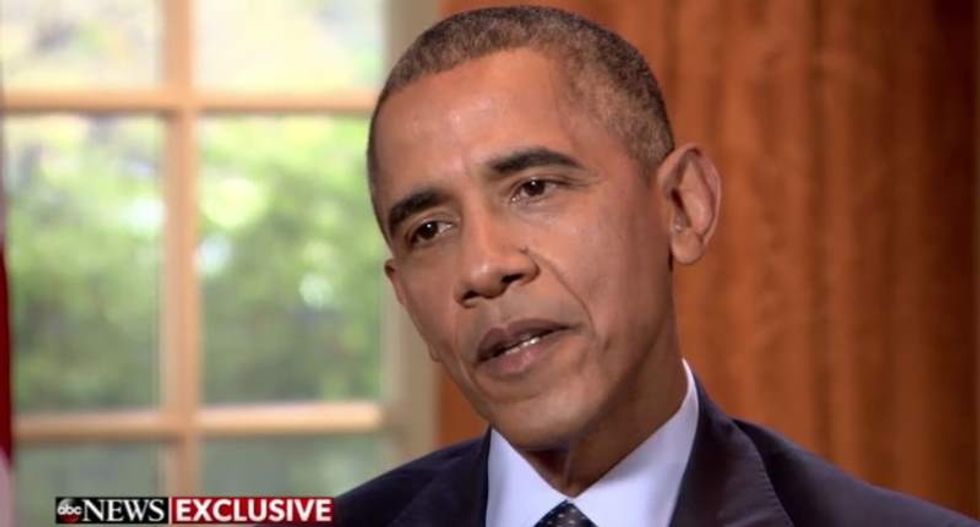 US President Barack Obama met his Turkish counterpart Recep Tayyip Erdogan in Washington, the White House said, amid serious tensions over press freedom and the war in Syria.

Having previously stated the pair were unlikely to hold sit-down talks -- a decision widely perceived as a snub by Washington -- the White House said the two men had in fact met on the margins of a nuclear security summit.

They discussed "US-Turkey cooperation on regional security, counter-terrorism, and migration," it said.

The absence of a presidential meeting on Erdogan's trip to the US capital had been glaring.

The two countries are meant to be close NATO allies in the thick of a fight against the Islamic State group in Syria.

But tensions have been stirred by Ankara's attacks on Kurdish militants, some of whom are seen by Washington as the best bet for tackling IS in Iraq and northern Syria.

Turkey says the groups are linked to the outlawed Kurdistan Workers' Party (PKK), which has fought a long battle for Kurdish independence.

The White House has been increasingly outspoken in recent months about threats to free speech and democracy in Turkey.

And on Thursday it restated its belief in the need for press freedom in Turkey, amid ugly scenes at an Erdogan speech in the US capital.

Ahead of Erdogan's arrival at the Brookings Institute, Turkish security officials clashed with protestors -- both sides exchanging insults and scuffling -- before police were able to separate them.

The Turkish guards also set about the press. One aimed a chest-high kick at an American reporter attempting to film the harassment of a Turkish opposition reporter while another called a female foreign policy scholar a "whore."

The US National Press Club accused Erdogan of trying to export oppression.

As the Turkish leader flew in to Washington ahead of the nuclear safety summit, news broke of another deadly bomb attack targeting police in his country's southeast, where his forces are battling Kurdish militants.

According to the White House, Obama "extended condolences to President Erdogan on behalf of the American people for those killed and injured in today's terrorist attack."

He also "reaffirmed the support of the United States for Turkey's security and our mutual struggle against terrorism."