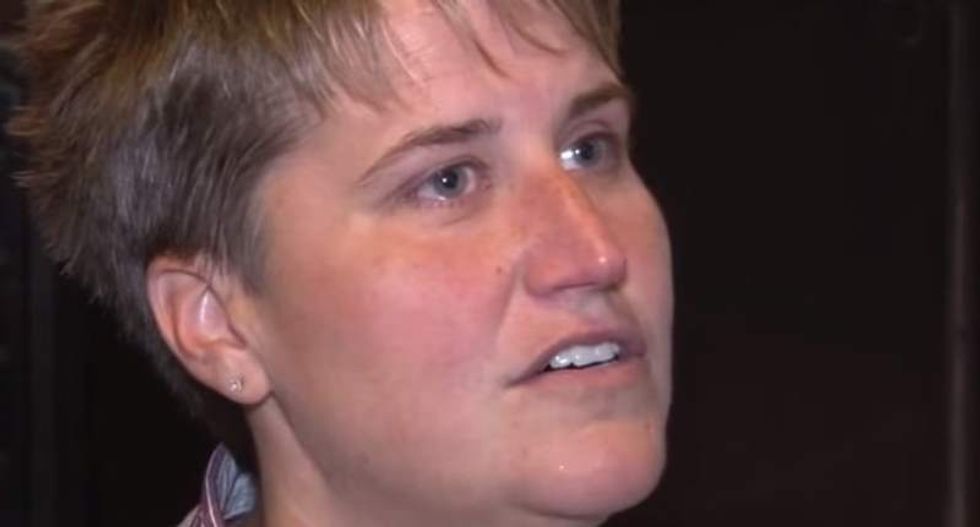 A white Ohio woman sued a sperm bank in federal court on Friday for mistakenly giving her, and her white same-sex partner, sperm from an African-American donor, court documents showed.

Jennifer Cramblett of rural Uniontown in northeastern Ohio filed the lawsuit in U.S. District Court in Chicago claiming fraud, misconduct and negligence on the part of Midwest Sperm Bank because of the sperm it used to inseminate her in December 2011, according to the complaint.

Cramblett gave birth to a "beautiful, obviously mixed race, baby" girl on August 21, 2012, after she learned five months beforehand that the sperm bank in Akron, Ohio used sperm from a black donor rather than a white donor as she had requested, court documents showed.

Cramblett "is now facing numerous challenges and external pressures associated with an unplanned transracial parent-child relationship for which she was not, and is not, prepared," the suit said.

The sperm bank was not immediately available for comment.

The lawsuit accuses the sperm bank of failing to follow FDA requirements, misrepresentation and breaching its contract with Cramblett.

Cramblett said in an earlier lawsuit filed in an Illinois court that although she and her partner love the little girl, she is concerned about bringing her up in a white, racially intolerant community, and in a white "often unconsciously insensitive" family.

That lawsuit against the sperm bank based in the Chicago area was dismissed in September, according to local media.

Cramblett said that she and her partner wanted a donor with "genetic traits similar to both of them," and picked one after reviewing his history, the earlier suit said. It also said the mistake was made because the sperm center, which keeps records in pen and ink rather than electronically, misread donor numbers.

Cramblett said in the earlier suit that her family is already uncomfortable with the fact that she is a lesbian, and that she doesn't want her daughter to feel stigmatized due to the circumstances of her birth.

The federal lawsuit demands more than $150,000 in damages.

(Reporting by Brendan O'Brien in Milwaukee; Editing by Frances Kerry)