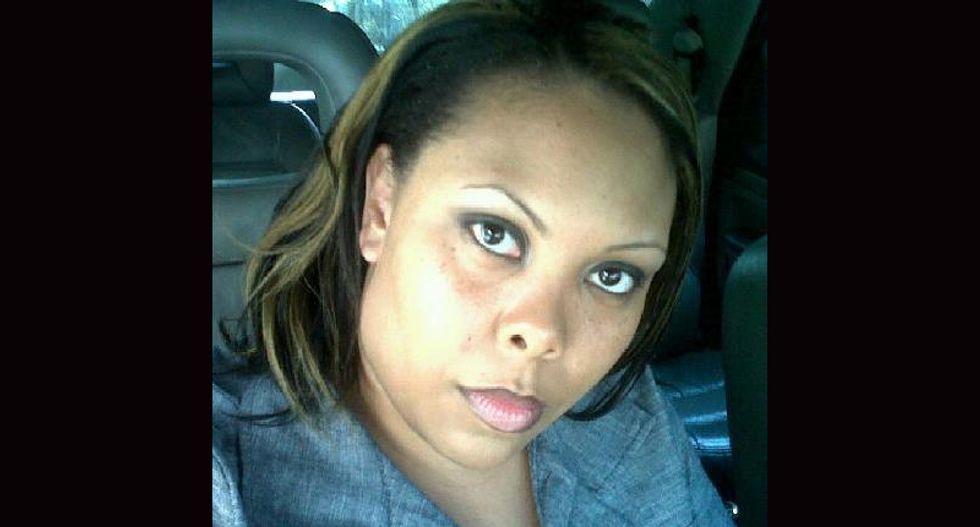 Sabrina Bradford, 30, enrolled at Oral Roberts University four years ago to pursue a degree in social work. But last year after the Supreme Court made same-sex marriage legal in all 50 states, Sabrina and her now wife Ophelia got their marriage license.

With just one semester before earning her degree, Sabrina can no longer enroll in new classes for next semester because the school says that she has violated the honor code. According to the Tulsa World, ORU’s Code of Honor Pledge includes, among other rules, that students must agree to refrain from participating in “unscriptural sexual acts.” According to ORU that includes homosexual activity, same-sex marriage and premarital sex.

The thing that makes it even more bizarre is that the school wouldn't tell her why she wasn't allowed to return at first. When she submitted her financial aid application in August before her final semester began she indicated that she was married. Just two days later, the Vice President for Student Life, Daniel Guajardo, and Dean of Women, Lori Cook, sat down with her to explain she could not finish her degree.

"I think there’s some due-process issues and some administrative issues in the sense that they kind of put her in limbo," Sabrina's attorney Alyssa Bryant explained. "They didn’t tell her she was suspended or expelled. When she asked why (she couldn’t return), they wouldn’t tell her in writing. Everything was kept verbal initially."

When asked for a statement the school would only cite Family Educational Rights and Privacy Act and refused to say anything more.

"A student’s signature on the honor code constitutes acceptance of the entire honor code and completes a contract between the student and ORU, which is a prerequisite for matriculation as well as the student’s continued association with ORU," Ossie Mills, vice president of communications and marketing said.

Honor codes required by right-wing religious colleges are generally upheld in court much like Terms of Service for websites or the updates iPhone sends you that you never read.

Sabrina's attorney isn't sure if they'll sue the University yet, but she believes ORU's code of conduct could violate Title IX, which prohibits sex-based discrimination in education. ORU is eligible to apply to be exempt from parts of Title IX if they consider something to be against their beliefs and they have had an exemption since 1985 according to the school's spokesman.

“You shouldn’t be persecuted for being married to someone that you love,” Sabrina said. “I believe that we were all created in God’s image and likeness. I can understand not wanting to support the idea of same-sex marriage, but when it comes to reality, this is an educational system — whether you have a personal bias against homosexuals or not, you accepted me as a student.”