Oregon man pays for sex with stolen Girl Scout money -- and tips with a $2,500 primate 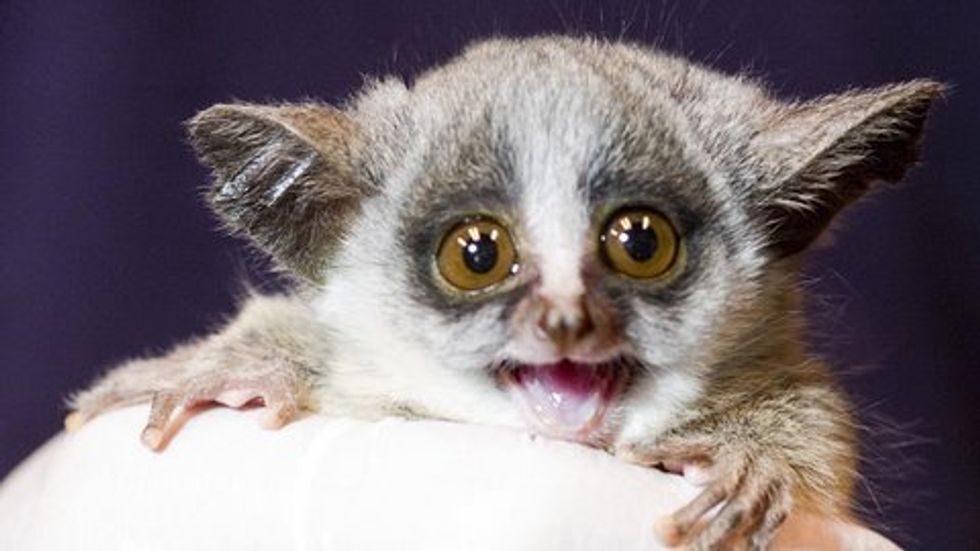 Police in Eugene, Oregon arrested a local pet store owner for raiding his own business to pay for an escort, including a small primate valued at around $2,500, KGW-TV reported.

Nathan McClain was charged on Thursday with patronizing a prostitute in connection with the encounter with the woman at a local hotel on March 17.

McClain, who owns the Zany Zoo with his wife Abbie McClain, allegedly stole a small a Galago primate -- commonly called "bush babies" -- as well as Girl Scout cookie money, a laptop computer and store funds early last month. The money was used to fund the encounter, police said in a statement, and the primate, called Gooey, was reportedly intended to serve as a tip.

The suspect was reportedly spotted by police under the influence of methamphetamine two days later, when he was seen leaving a "sex shop" next door to the department's office.

The woman, who is reportedly from outside of the state, provided police with a statement and turned the animal over. The Oregonian reported that Gooey has been placed in a local sanctuary while the Department of Agriculture renews the store's license on account of its move to a new address. The money was never recovered.

Detective Rick Lowe said that he delayed arresting the suspect until after the store moved "out of respect for the store."

On Friday, Abbie McClain said on the store's Facebook page that her husband would no longer be associated with the business.

"Nathan's potential wrongdoing has no bearing on our ability to care for our animals and customers," she wrote.