Panama Papers: The nuts and bolts of a massive international investigation 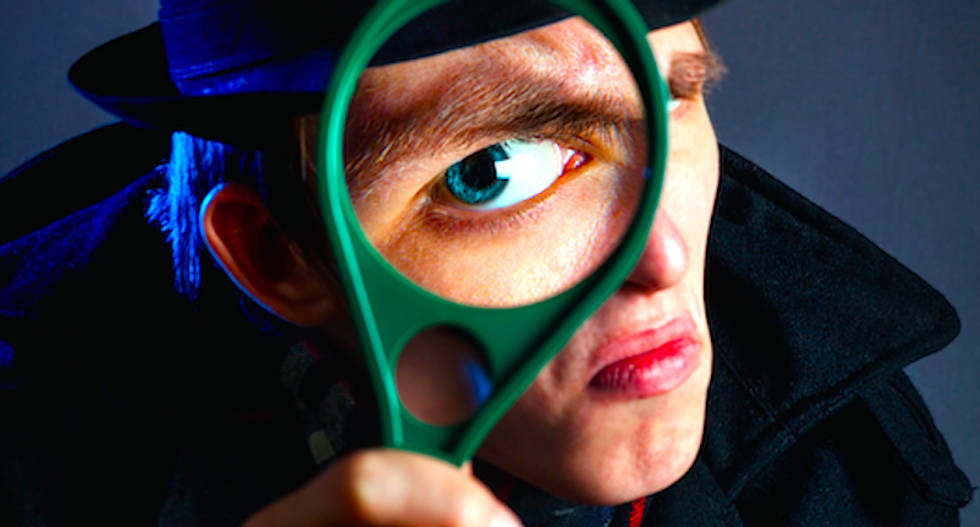 The reporting of the Panama Papers – which has been based on a massive global analysis of documents leaked from law firm Mossack Fonseca outlining how the world’s elite use tax havens – is a remarkable feat of collaboration which builds on several trends in investigative journalism.

The whole story started with a whistleblower who leaked a huge number of documents and data. At 2.6 terabytes of information, this leak is enormous, dwarfing the Wikileaks documents about the Iraq war or even Edward Snowden’s leaks of NSA surveillance details. Once again it shows how in the data age all organisations are vulnerable to vast caches of information being smuggled out on a computer hard drive or USB stick.

Following the authorities' pursuit of the people behind those stories – Julian Assange, who is in the Ecuadorean embassy in London; Edward Snowden, who remains in exile in Moscow; and Chelsea Manning, who is serving a 35-year jail sentence, many had feared that whistleblowers would be more reluctant to come forward.

This is particularly the case in light of sophisticated corporate as well as government surveillance and the introduction of new laws – including the UK government’s proposed “snooper’s charter” – designed to track the public’s internet and phone use.

Many organisations, including The International Consortium of Investigative Journalists (ICIJ) and The Guardian who were involved in this story, offer secure online “boxes” into which information can be dropped anonymously and encrypted to encourage and support whistleblowers.

The news organisations partnering in this highly coordinated news story will have had to make extensive use of encryption and other techniques to protect their source and avoid their investigation being discovered before publication. This will have involved the use of encrypted email, the use of software such as the TOR browser and network, which prevents location and websites you visit being tracked, and the use of an “air gap” – computers not connected to the internet or any other network – to analyse the documents.

The journalists, who worked on the documents secretly for more than a year, may well have used open-source software such as Linux rather than proprietary computer systems such as those provided by Microsoft or Apple which can also track user activity.

Once again, following Wikileaks and the Snowden revelations, it is an example of collaboration between news organisations. In this case the original material was sent to the German newspaper Sueddeutsche Zeitung which passed them to the ICIJ – because of the consortium’s extensive experience in investigative journalism with members placed around the world. Other global partners were then brought on board.

There are a number of advantages to such editorial collaboration. First, it maximises the impact of the story when it is published – in this case simultaneously and globally. We increasingly see joint investigations between newspapers, broadcasters and digital news sites in order to maximise the profile of their story – and increasingly those partners are ones (including The Guardian and The BBC) with a global reach.

For the Panama Papers, however, it was notable that no major US media organisation was included in the initial partners. The ICIJ is based in the US and may have wanted to maximise its own profile in its home territory. It is also notable that a number of similar foundations or collectives were involved in the investigation. In the US in particular, there is a view that public interest investigative journalism increasingly has to be carried out by non-corporate media.

International partners bring different specialist knowledge to the investigation – whether geographic, political or business-related. At a time when many news organisations struggle to support permanent investigative teams, partnering is an obvious way to build a bigger and stronger team to look into a complex, long-running issue.

In addition, there may be legal and political advantages to managing an investigation in several centres. During the Snowden investigation The Guardian ran a significant proportion of its inquiries from its US office in order to benefit from the additional protection of the American first amendment – which is not available in Europe. It is what some lawyers refer to as jurisdictional arbitrage – avoiding injunctions in one country by publishing in another. In a globalised, digital media, national legislation can be stepped around and organisations can choose in which jurisdiction to publish.

For all of this, each organisation will have had to take its own editorial view on the story, the evidence, and the legality. What matters most in Europe may be different in Asia or South America. Media lawyers in different organisations may well have also liaised on the issues raised by publishing the papers – but each organisation is independently responsible for what it publishes and will have taken its own view of the evidence and the newsworthiness of the documents.

The ICIJ has been criticised by some on social media for not putting all the material into the open for anyone to look through. For open media evangelists this would be the most transparent action to take. However, with such a huge trove of documents, any media organisation will want to ensure they act legally and responsibly – putting the material through an editorial and legal filter before publishing.

This is one of the defining differences between professional media and open data activists. In broad terms these are literally stolen documents – can news organisations justify publishing them in the greater public interest? Will undue harm to innocent figures be caused by open publication? The public interest seems clear in this case – but without knowing what else the documents contain it is hard to make a judgement about whether they should all be placed online.

The Panama Papers – like The Pentagon Papers in the 1970s, like Wikileaks Iraq War logs and like the Snowden revelations – lifts the lid on the activities of political and business elites in ways which will be discussed for many years to come.

They are also a rich example of how investigative journalism increasingly works in the age of big data and global media. We can expect to see more leaks, more international media collaborations and more reaction from governments trying to clamp down on embarrassing revelations.