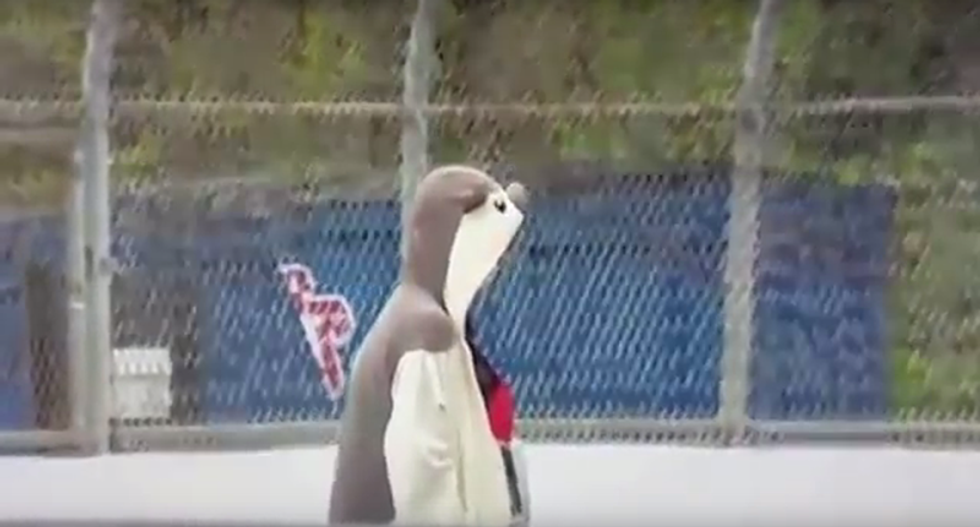 A man who threatened to blow up a local Baltimore TV station dressed head-to-toe in a bear costume was carrying chocolate bars made to resemble an explosive device, police said.

The 25-year-old was in "serious but stable condition" at a local hospital after police shot him several times when he emerged from the building and walked toward them, Baltimore police spokesman T.J. Smith told reporters during a news conference.

Police used a robot to disarm the man as he lay injured on the ground after being shot, which is when they discovered that his bombs were fake.

"Those devices were actually candy bars wrapped in aluminum foil with wiring connecting each of them," Smith said.

The authorities were alerted at 1:20 pm (1720 GMT) after the man set what was believed to be his own car on fire just outside the FOX45 station before entering the building.

The station's website showed images of the suspect seated inside the premises, which were evacuated during the standoff.

The Baltimore, Maryland station, also known locally as WBFF, said the man demanded news coverage of what he described as a case of government conspiracy.

"He talked to me and was wearing what appears to be a full-body white panda suit, surgical mask and sunglasses," FOX45 News Director Mike Tomko said.

"He had a flash drive, said he had information he wanted to get on the air," he added. "He compared it to the information found in the Panama Papers."

Police dispatched a bomb squad, SWAT team and negotiators to the scene, but the man remained "uncooperative," Smith said.

At least three police officers fired as he left the building and approached them, he added.

The man, who police did not identify, is being treated in hospital, and is "conscious and alert," Smith said, adding that police have not yet charged him.

The police spokesman declined to provide a possible motive.

"There are a lot of questions that we have," Smith said.

"You just have to think about the person who straps up a device like this and walks into a television station."